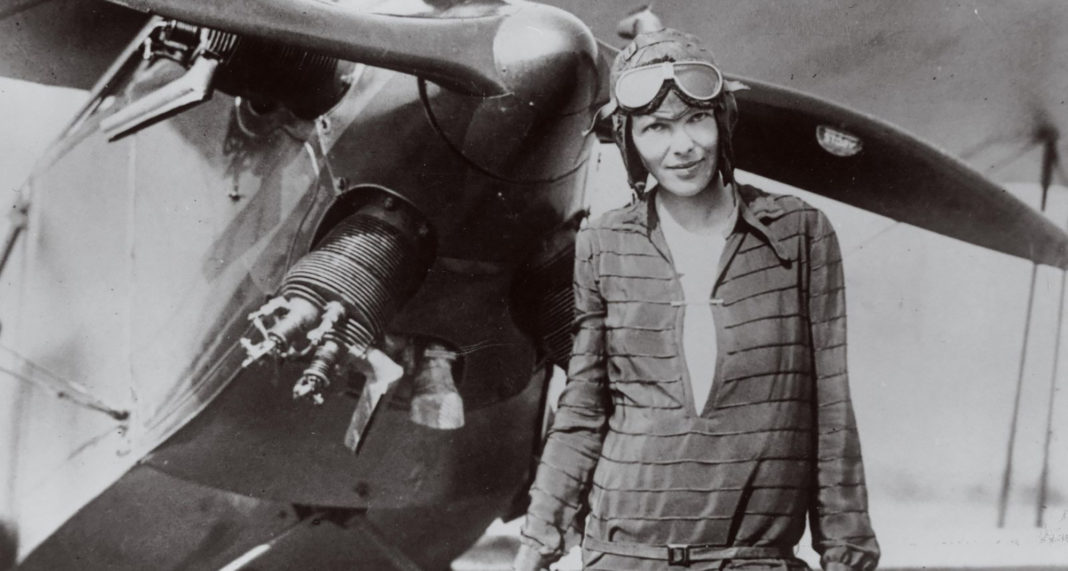 Today, thanks to the internet, I single-handedly solved one of history’s great mysteries.

In 1940, a skeleton was found on Howland Island. It had been ripped apart by something. It was in bits. I believe this was the body of the American aviation pioneer Amelia Earhart.

Earheart, as you know, attempted to circumnavigate the globe in 1937 in a Lockheed Model 10-E Electra aeroplane, but disappeared somewhere over the Pacific Ocean near Howland Island. I believe she crash-landed on the island and was then ripped to pieces like so much KFC by great big fucking coconut crabs.

Coconut crabs are three-foot-long, tree-climbing monsters with the strength of lion’s jaws in their pincers. They’re hideous and gross, and they ate Amelia Earhart. I put forward that they also ate her navigator that no one ever talks about, Fred Noonan.

In 2007, a team of scientists conducted an experiment and left a pig carcass at the site where Earhart was believed to have crashed. The crabs crawled out of their homes and tore the pig to shreds. Then they dragged the leftovers into their holes—the massive creepy bastards—and ate every scrap of flesh, including the arse. My theory: Earheart crashed, lay bleeding on the ground, the crabs emerged, sniffed the air, then ripped her to bits like so much osso buco. They would’ve ripped Fred Noonan to pieces too, and devoured his head, arse, cock, feet, and balls as well.

Mystery solved. I already did Harold Holt, so tomorrow I’ll do Jimmy Hoffa.