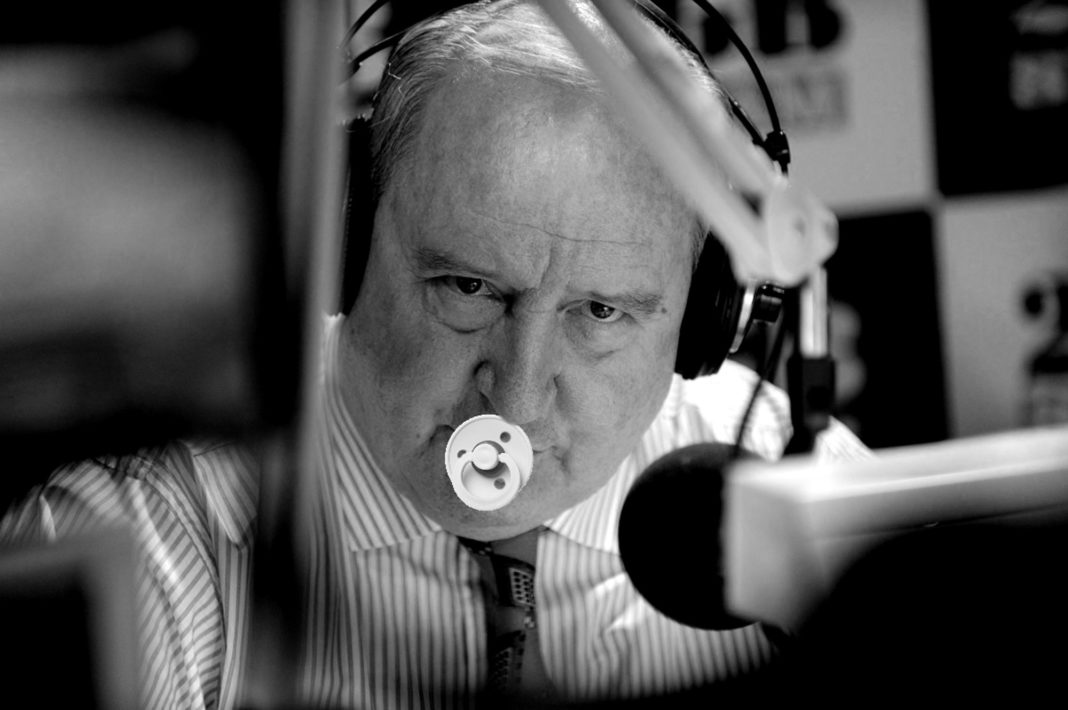 When will this angry old man go away for good?

That’s the question I posed back in August of last year, and today, we finally have an answer. This morning, Alan Jones, the 79-year-old ultra-right-wing shock jock with a keen interest in his own voice, announced he will retire at the end of this month, citing doctor’s orders. ‘We are living in the world of coronavirus. The most repeated statement we hear is “we must listen to the experts.” Well, the experts are telling me in no uncertain terms, and not for the first time I might add, “continuing with the present workload is seriously detrimental to your health,”‘ Jones told his predominantly white, male, boomer-centric audience today. Who knew dividing the country with misogynistic and racist views could be so hard on the old-ticker?

Last August, Jones infamously suggested Prime Minister Scott Morrison give NZ Prime Minister Jacinda Ardern ‘a few backhanders’ and ‘shove a sock down her throat.’ Scott Morrison labelled his comments ‘way out of line’ and ‘very disappointing’ in response. ‘I have two daughters, so you can expect that’s how I would feel personally about it,’ he said at the time. Today, Scotty from Marketing exhibited symptoms not dissimilar to that of a patient with early-onset dementia, calling in to Jones’ 2GB breakfast program to wish him a fond farewell. ‘You’ve always done the right thing by your country and we’re very proud of that,’ Mr Morrison said.

After his attack on Ms Ardern, we felt compelled to compile a charming logbook of Jones’ most notable unpleasantries over the years. Today, as some of his followers express sadness over his imminent retirement, it feels important to republish this piece. This is the real legacy he leaves.

When will this angry old man go away for good?

If encouraging violence toward the female Prime Minister of New Zealand isn’t enough to pull his spit-soaked microphone plug, what is? Not the use of the N-word live on air (twice). Not the inferred murder of the first Australian female prime minister at a political event. Not the open support for the continuation of a colonialist policy championing the kidnapping of Indigenous children from their families. Not even widely reported accusations of grooming schoolboys during his days as a private school teacher. In fact, current ratings suggest that doing all of these things will actually land you the #1 spot as Australia’s most popular breakfast radio host. Why doesn’t he deserve it? Allow me to do the dishonours. 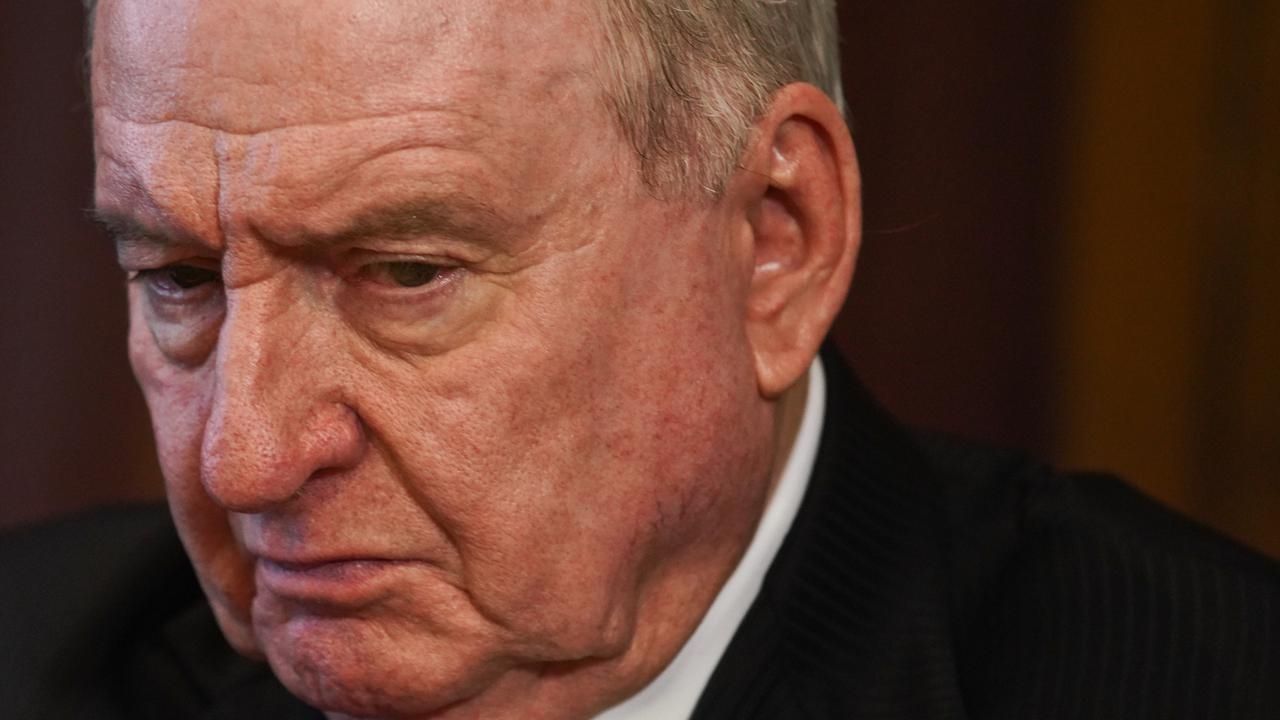 From 1970-1973, Jones was a teacher at The King’s School in Parramatta. According to journalist Chris Masters’ award-winning 2006 biography, Jonestown: The Power and The Myth of Alan Jones, he was forced to resign over growing concerns of inappropriate conduct with some of his students. One student, Scott Walker, alleged Jones watched him shower naked after playing sports. In his biography, Masters also recounts the instance of a schoolmaster discovering a love letter Jones had written to a boy that had been left behind in a classroom desk. According to Masters, ‘In it, Alan spoke of thinking about the boy late at night, expressing his love.’ In 2016, when George Pell was condemned by the Royal Commission into Institutional Responses to Child Sexual Abuse for not reporting abuse, Jones defended Pell by saying, ‘He was 28 years of age in 1969 when all this happened.’ Coincidentally, Jones would have been that same age when he began teaching at The King’s School. 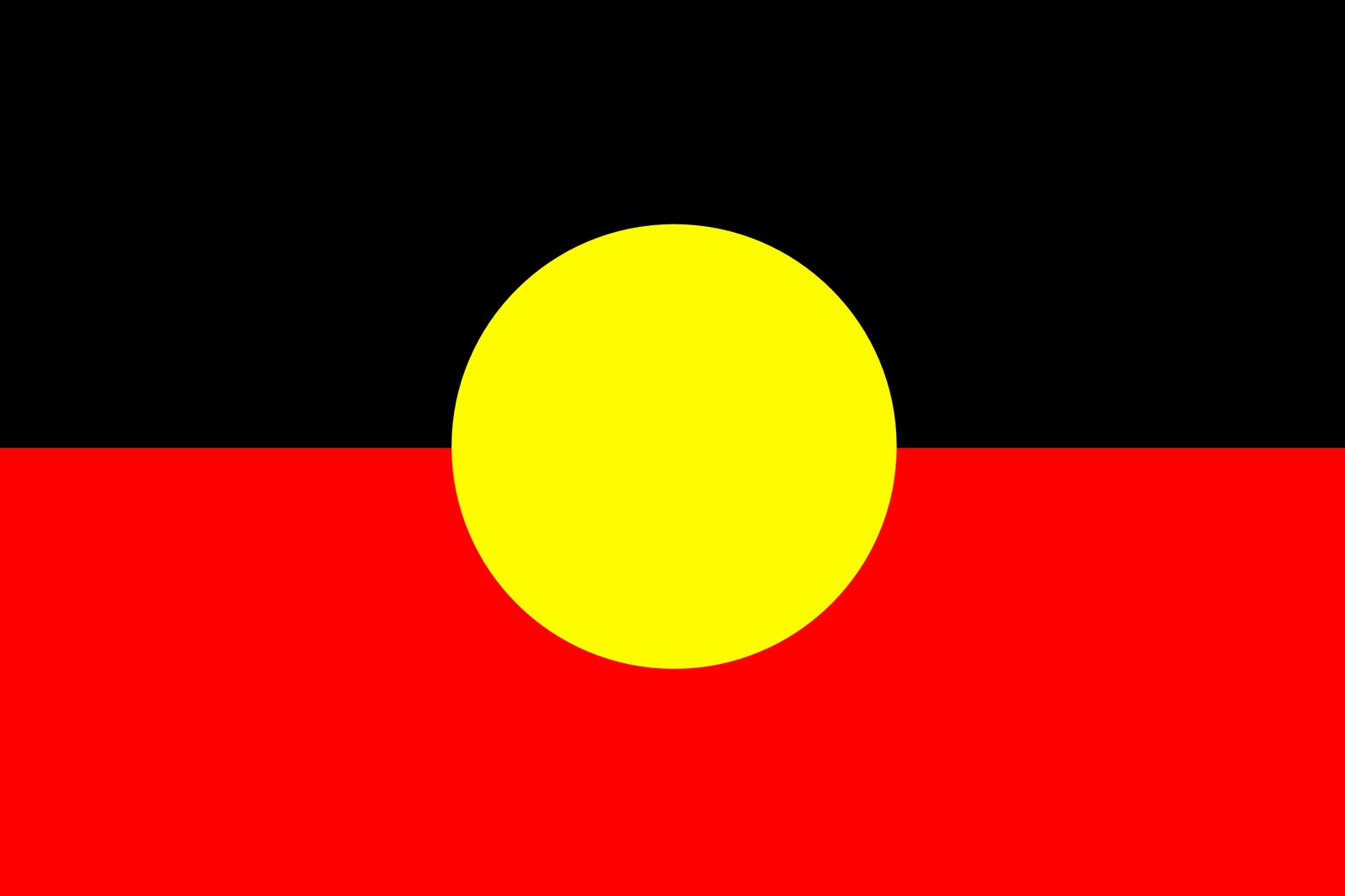 On November 28, 1995, Jones discussed the case of an Aboriginal woman who was being awarded $6,000 for being discriminated against by a Dubbo real estate agent who told her no flats were available, before offering a flat to her white friend. Jones told his 2UE Radio audience (whilst completely disregarding the gender of the victim), ‘I don’t care what colour he is, looking like a skunk and smelling like a skunk with a sardine can on one foot and a sandshoe on the other and a half-drunk bottle of beer under the arm and he wanted to rent the final property available and it was mine, I would expect the agency to say no.’

In February of 1997, while still at 2UE, Jones made completely groundless claims suggesting an Aboriginal woman named Mary-Lou Buck had acted fraudulently in making and settling a Crescent Head native title. Buck sued Jones for defamation and won, though Jones was not present in court to deliver his apology because he was at Wimbledon watching the tennis. A year later, Aboriginal leader Mr Patrick Dodson sued Jones for implying he ‘exploited his Aboriginality’ and ‘had his snout in the public trough’ when running a land rights conference. 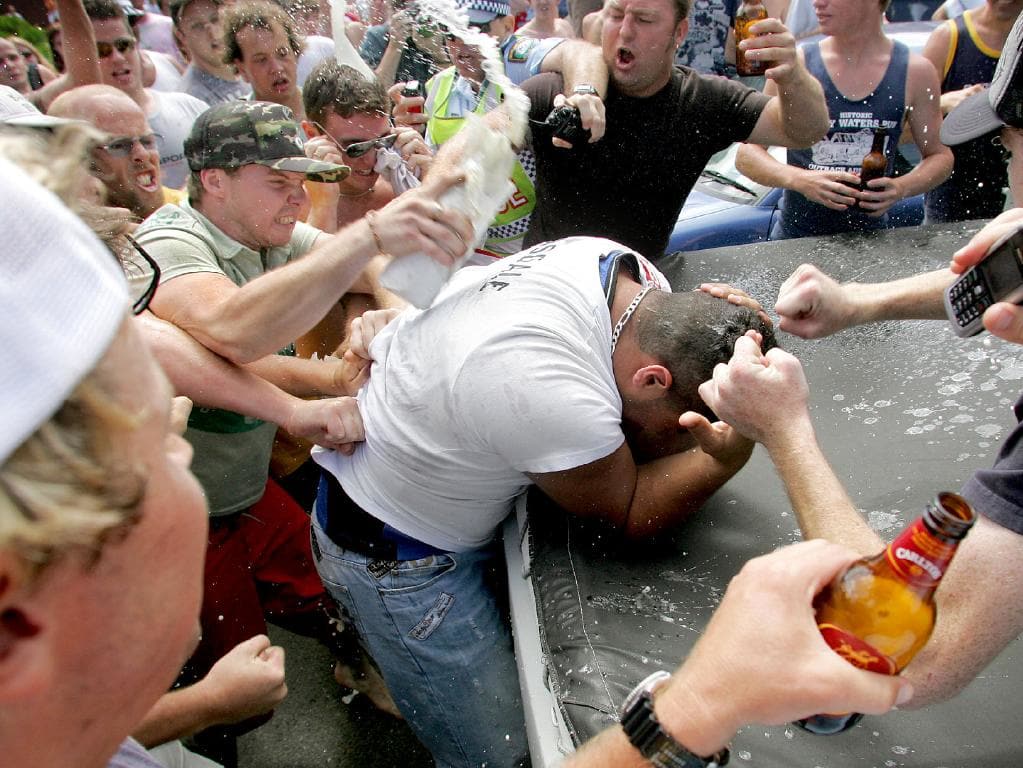 In 2005, a crowd of drunk, belligerent and bigoted white Australians attacked literally anyone who didn’t look like them in the beachside suburb of Cronulla. Live on air at 2GB, Jones read the text message that was circulating in the lead-up to the riots, which named the date and place for ‘Aussies’ to meet for ‘the Leb and Wog bashing day.’ Between December 5-9, Jones continued to read out listener’s emails on air—including one that referred to Middle Eastern people as ‘Bastards’ and ‘scum’. When a listener called in to counter his views by telling Jones she had heard people of Middle Eastern background being called derogatory names on Cronulla beach, Jones cut her off, saying ‘Let’s not get too carried away, Berta. We don’t have Anglo-Saxon kids out there raping women in western Sydney.’ In 2007, The Australian Communications and Media Authority found Jones had breached the radio code of practice for his behaviour, but no further action was taken. 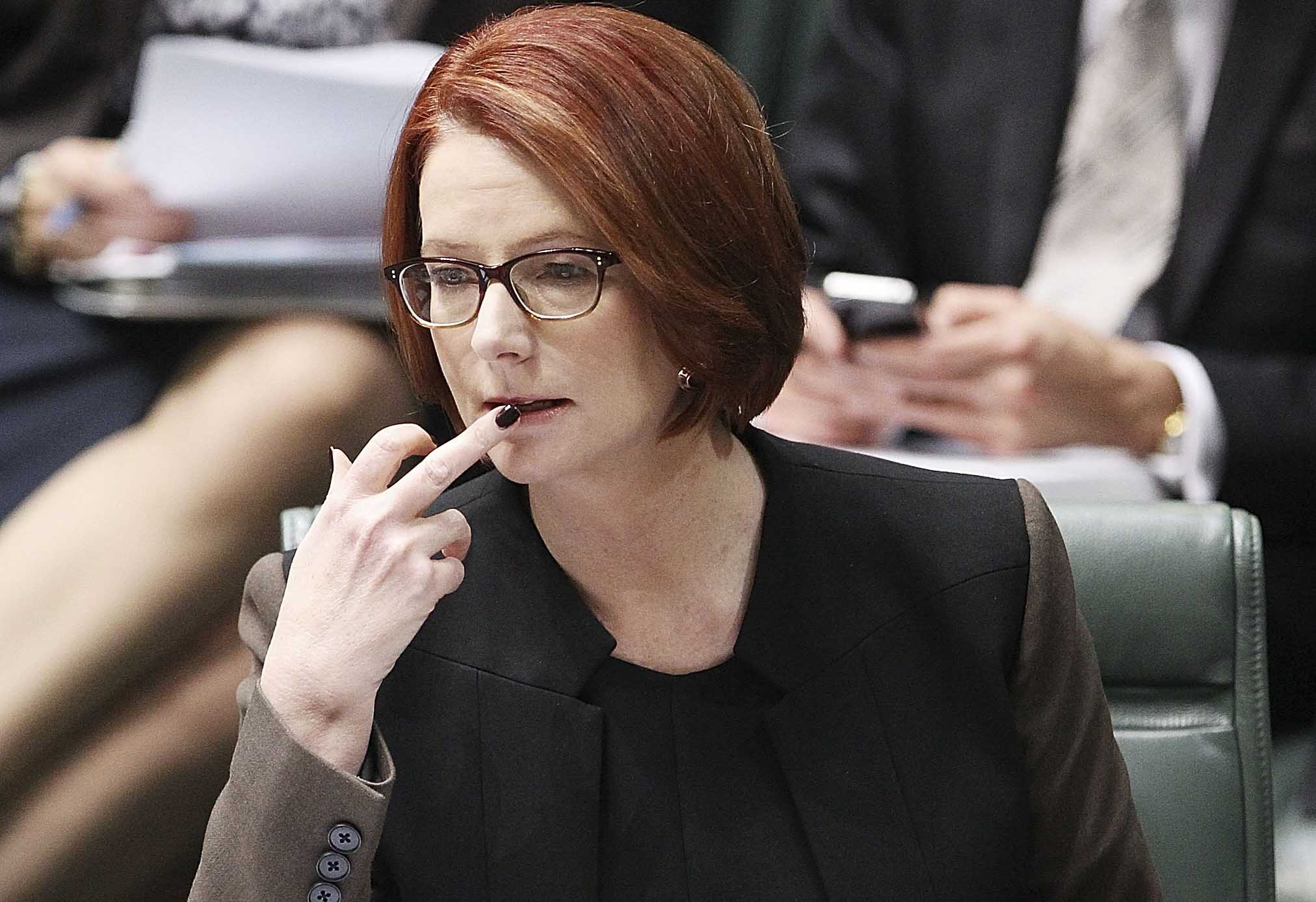 Nothing scares a weak man quite like a strong woman, and in 2012 Jones made sure Australia’s first ever female Prime Minister didn’t forget her place within the patriarchy. At the Sydney University Liberal Club’s annual president’s dinner (sounds like a real hoot) on 23 September 2012, Jones gave a keynote address where he announced that Julia Gillard’s father—who had passed away earlier in the month—“recently died a few weeks ago of shame.” Jones’ hostility toward Gillard was no secret, as he had earlier made comments on air suggesting that she should be “put into a chaff bag and thrown into the sea.” At the same Liberal Club dinner that he made his shameful remarks, a jacket sewn from chaff bags autographed by Jones was auctioned. 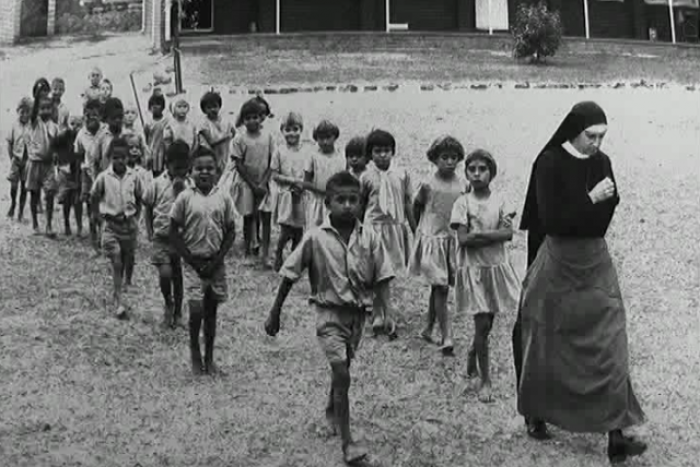 Support of the Stolen Generations

In September of 2016, a listener called in to Jones’ 2GB Breakfast show to complain about the NRL All Stars game asking for a moment of silence for the stolen generation. And for Jonesy, the only thing worse than a woman with power seems to be a black person with power. “We need Stolen Generations”, he replied. “There’s a whole heap of kids going before the courts now, or their families going, mums going before the courts or dads, who are on top of the world with drugs or alcohol.”

Repeated Use of the N-Word

Jones has used the N-word live on air on two separate occasions. The first time he used it was in 2012 in reference to Malcolm Turnbull. “Good stuff, Tony Abbott,” he said. “You’re there not to buckle at the knees just because a few little media outlets and sympathisers to Julia Gillard want you to. There’s talk of Malcolm Turnbull, the n—– in the woodpile.” He then used the same expression again in August of 2018 when discussing finance minister Mathias Cormann. “The n—– in the woodpile here, if one can use that expression—and I’m not going to yield to people who tell us that certain words in the language are forbidden—the person who’s playing hard to get is Mathias Cormann.” 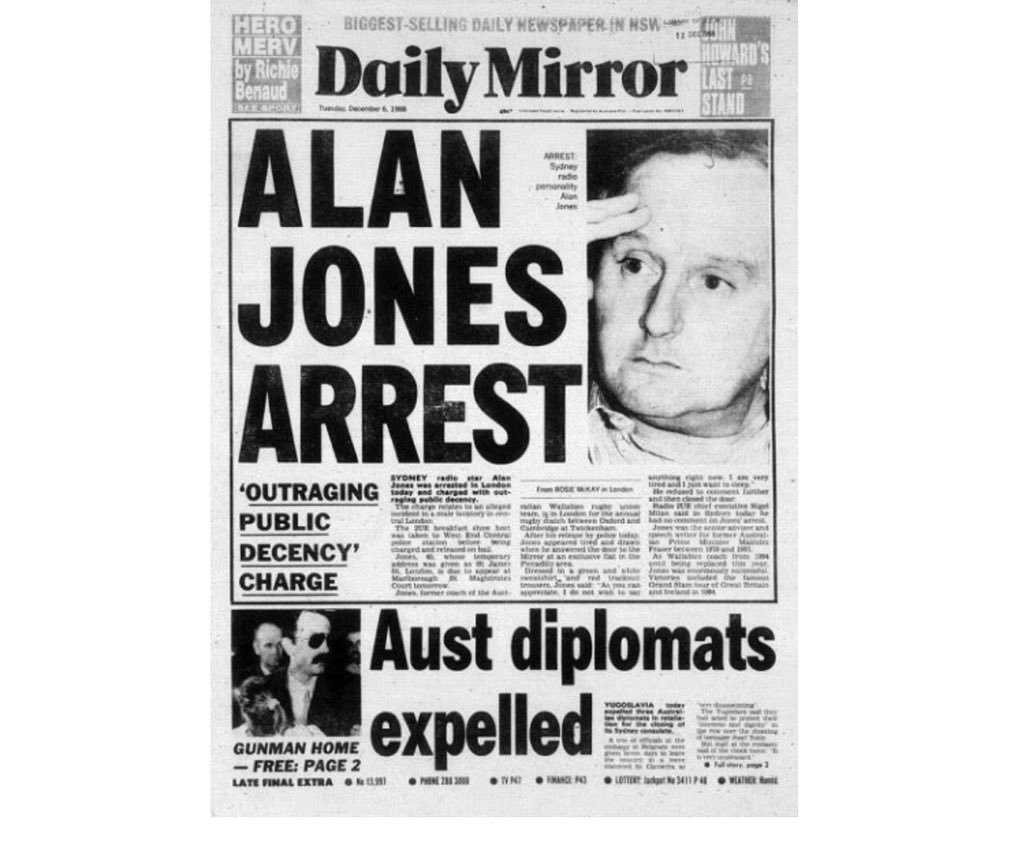 On the 6th of December, 1988, Jones was arrested in an underground public toilet on Broadwick Street in the Soho area of London for “outraging public decency” and “committing an indecent act” with another man. The story made the front page of the Daily Mirror newspaper, though his arrest seems to have been forgotten over the years as he has amassed his conservative audience base. In this instance, Jones is—perhaps for the only time in his life—the victim of prejudice. His arrest for having sex with another man is a clear case of homophobia by the arresting police officer. But here’s where Jones flips from the victim to the assailant. Earlier this year, after rugby player Israel Folau was terminated for posting a homophobic photo on his instagram, Jones called his termination ‘monstrous.’ Citing religious rights and Folau’s Christian faith, Jones told his listeners, ‘We need to stand by our values.’ Pot, Kettle, I’ll leave you two to discuss. 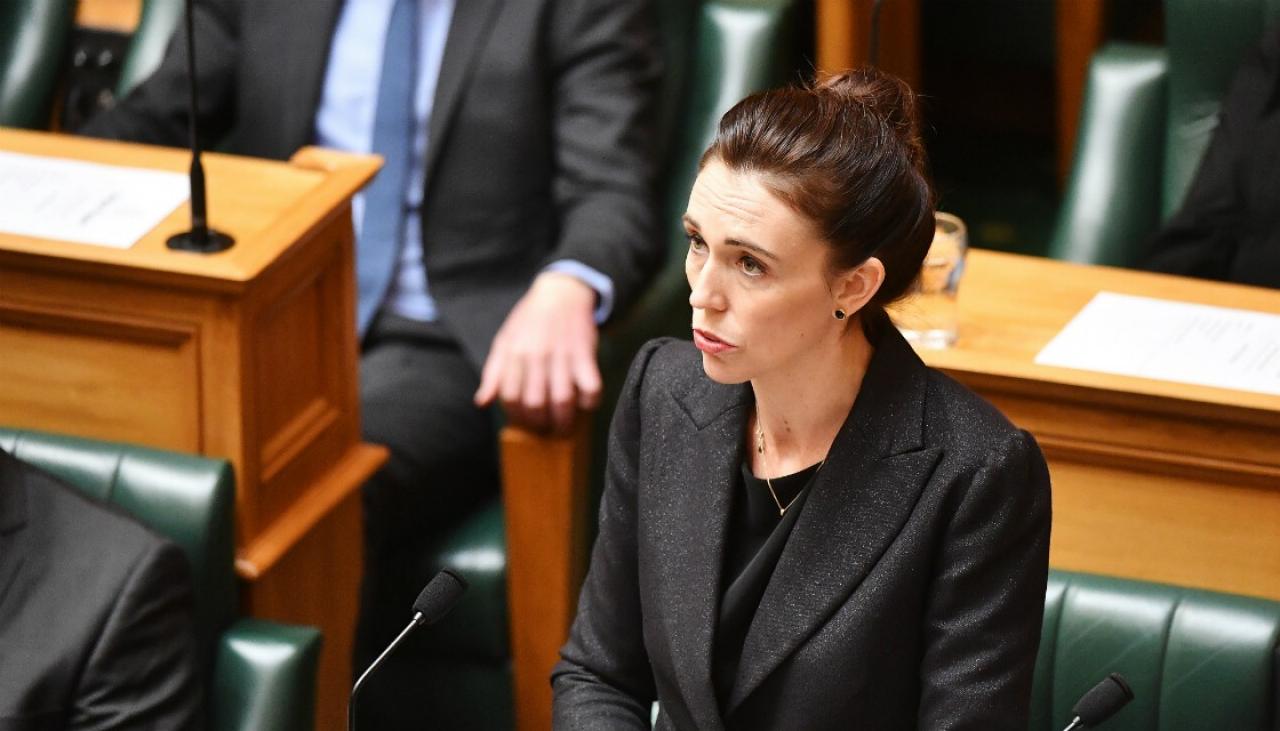 To be honest, I can’t believe I’ve spent this much of my time writing about the overproducing sebaceous gland that is Alan Jones. Anyway, as we all now know, the shock jock took his loathe of vaginas out on New Zealand prime minister Jacinda Ardern in August of 2019. ‘This lightweight New Zealand Prime Minster Jacinda Ardern is challenging Scott Morrison over climate change. Now I hope Scott Morrison gets tough here with a few backhanders … hasn’t got a clue this woman’, Jones herniated into his microphone. He then continued his toxic rant by saying, I just wonder whether Scott Morrison is going to be fully briefed to shove a sock down her throat.’