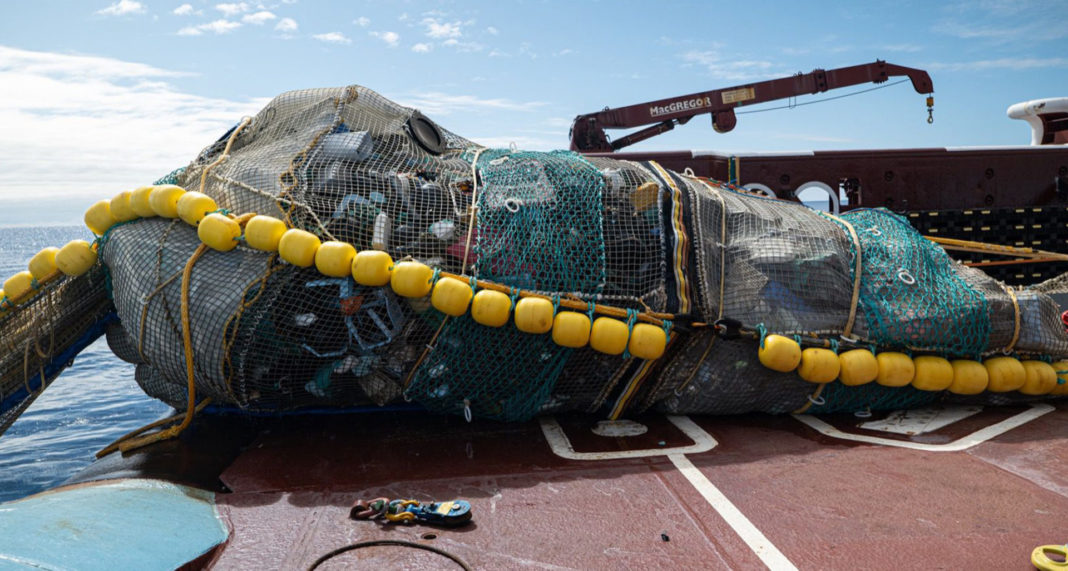 In 2013, an 18-year-old by the name of Boyan Slat came up with an ocean cleaning prototype that would be awarded the United Nations Champion of the Earth Award, as well as Time Magazine’s Best Invention of 2015.

In 2021, after years of trial and error, his prototype cleaning system was proved 100% effective and began its mission to clean up the Great Pacific Garage Patch. Now the wonder kid has done it again by successfully clearing 100,000 kg of plastic from the big blue. Visualising that amount of plastic is not something our non-aerospace engineering brains can do easily, so Boyan, of course, has done it for us in this video.

A 2018 study found the size of the Great Pacific Garbage Patch is 100,000,000 kg in weight—meaning that the Great Ocean Cleanup System 02 has now cleared the equivalent of 1/1000 of the Garbage Patch since August last year. That doesn’t sound particularly monumental when we realise it’s going to take another 1,000 years to clear the patch, but thankfully, we can rely on Boyan to come up with a better plan.

Boyan and his team at the Ocean Clean Up have successfully developed the first scalable solution to efficiently intercept plastic in rivers before it reaches the oceans. They aim to launch these across 1,000 rivers around the world in the next five years, which will halt 80% of riverine plastic from entering the ocean—stopping the Great Big Mess from getting any bigger. Another system is also about to be rolled out by Ocean Clean Up which is expected to capture plastic at a rate 10x more efficient than the current system. So, while critics are quick to rain on Boyan’s parade, we think he’s doing a tremendous job.