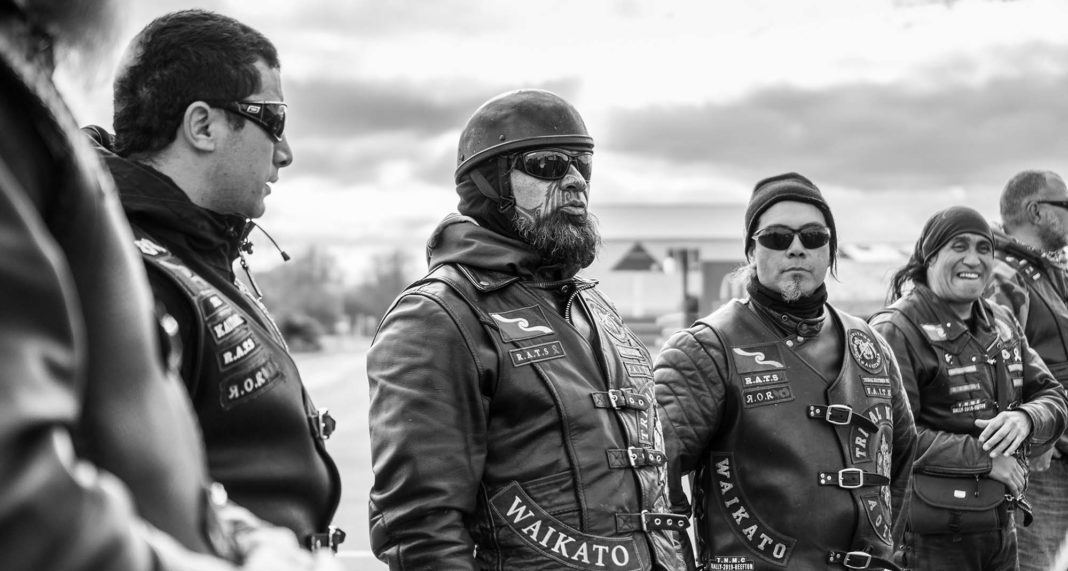 Mattea McKinnon is a British documentary and travel photographer who recently found herself on the back of Harley, riding with a group of New Zealand bikers.

After travelling around Sri Lanka and Java in late 2018, she came to Mount Maunganui on the North Island of New Zealand and decided to call it home for a while. While visiting the North Island town of Pareroa, a group of bikers thundered past—a good-natured, philanthropic ‘gang’ called Tribal Nations. Mattea’s curiosity was piqued and a photo project was born. We had a chat with the young lenswoman about the series and how the experience shaped her understanding of the Land of the Long White Cloud.

It’s a cruisy surf town on the North Island; great beach, super friendly people and a strong creative scene. There’s just so much to do and see here, especially if you love the outdoors. I feel really lucky to be able to call this home for a bit.

Where are you from in the UK?

I’m from a town called Lymington, in-between Southampton and Bournemouth. It’s about a two-hour drive from London. Basically as south as you can get. It’s a nice place to live in the summer; there’s the beach and the New Forest are nearby.

Who are the Tribal Nations?

They’re a NZ motorcycle group, founded back in 2014. They have over 200 members, both men and women, dotted all around the North and South Island. People of all nationalities and backgrounds can become join. What sets Tribal Nations apart from other motorcycle groups and gangs is their ethos—they go by the acronym F.A.I.T.H (family, acceptance, integrity, trust, honesty) and are completely law-abiding. They’re pretty awesome, and do a lot within communities to bring positive changes and raise awareness and funds for certain social issues in NZ.

How did meet them and gain their trust enough to take these photos?

Well, I thought they were a gang at first. They sped past me in Pareroa and I managed to catch their name on their back patches before they were out of sight. Back patches are usually associated with outlaw gangs in NZ but after searching online, I realised I was completely wrong. I became intrigued with them and their message so got in touch through their website. One of the founding members, Tiki, got back to me. We had a long phone chat and really connected; he totally understood my interest in telling their story and was on board with the idea of being photographed, explaining that they weren’t a shy bunch! He immediately made me feel welcome by adding me to their online group and introducing me. We kept in touch and eventually confirmed a date for me to join them on one of their get-togethers at a marae in Waikato. I still feel seriously privileged to have been invited. Tiki’s a really important member and he trusted me, so ultimately the group did too. He had explained to them prior to my arrival that I was going to be shooting and they were all really chill about the whole thing.

Did you ride with them?

Yeah! It was a surreal experience. One of the members, Vicky, was kind enough to give me a ride on the back of her Harley Davidson during a group ride. I borrowed some leather gear off another member: jacket, helmet, gloves, the lot. I thought we were just going for a short ride but we ended up cruising around for over an hour, visiting places of historical interest around the Waikato region. There were around twenty of us, all riding in unison, and we certainly attracted a lot of attention from the general public; but this is exactly their aim: they’re challenging stereotypes while promoting their brand and message.

It was honestly the most exhilarating feeling. It was my first time on a proper motorbike. We rolled past hills and rivers, and it felt like we were really in-tune with the surroundings… I was buzzed, couldn’t stop smiling. Moped-ing around Asia doesn’t really compare after a ride on a Harley.

What kind of things does TN do?

As well as riding motorcycles, they’re incredibly dedicated to raising awareness about the prevalence of domestic violence and suicide in New Zealand.

Is it bad over there?

Yeah. The statistics are quite devastating. NZ has one of the highest youth suicide rates in the developed world. So, TN works with different charities and causes, in particular, White Ribbon (against domestic violence), Riders Against Teenage Suicide and the Ride of Respect (for veterans in NZ). They travel around schools, prisons, different communities – giving talks, putting on events and raising money. 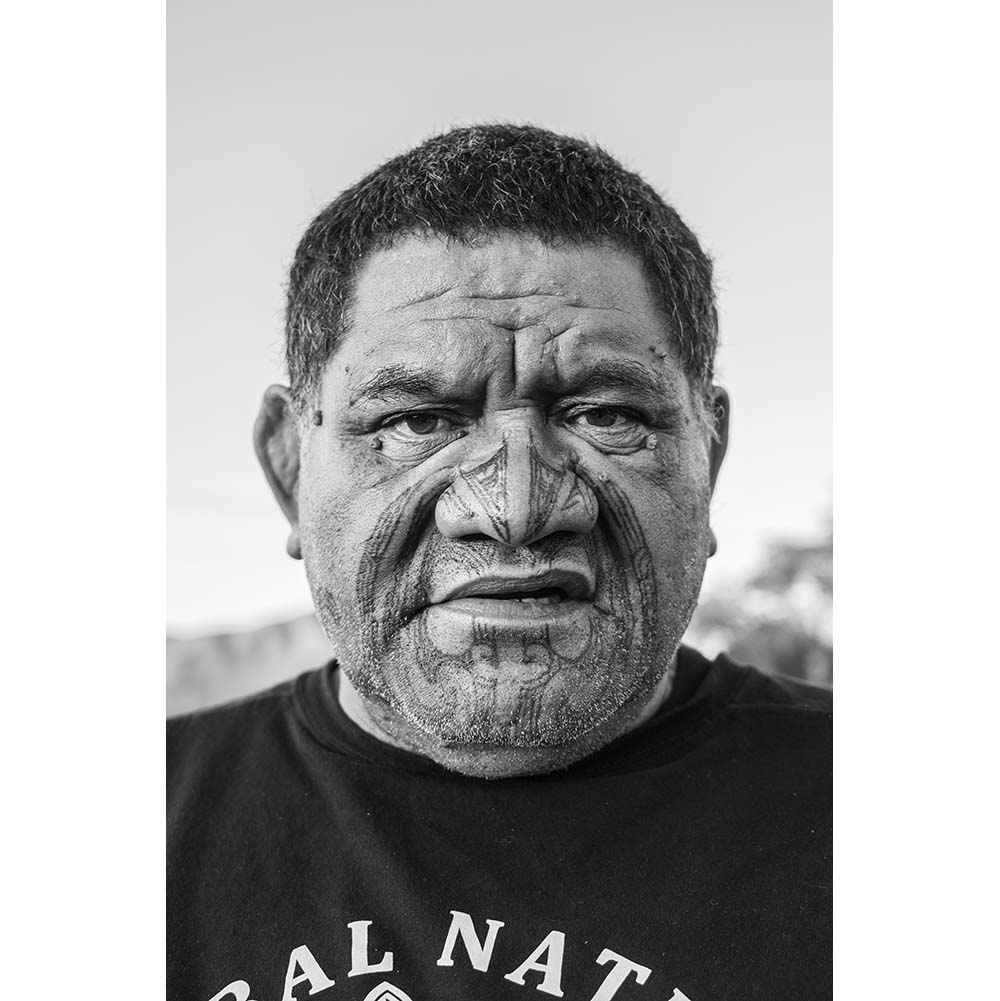 Learning about the history of Māori culture is also a core part for members. I feel it’s a crucial part of NZ’s identity and TN are committed to preserving and promoting it. During my day with them at the marae, they practiced the haka together, incorporated the Māori language and visited cultural sites on the ride. They felt like one big, extended family of people from all walks of life.

How long did you work on this series?

That’s cool. What was the most challenging aspect of this project?

I went on my own which meant I had to balance a few things while there, like getting to know the members, collecting quotes, as well as capturing the images. I felt it was important to know when to put the camera down at times and just be present and listen. When I first arrived they performed a powhiri for me—a traditional Māori welcoming ceremony. It would have been incredible to shoot but I felt it wasn’t right, I needed to be respectful, as they were to me. I feel so lucky witnessed this and been a part of that. Taking pictures from the back of a motorbike through a helmet wasn’t the easiest but they ended up being some of my favourite shots. I ended up taking my small 35mm lens out as I could tuck it into the jacket and whip it out quite easily.

What was the most rewarding thing?

To be honest, the entire experience was rewarding really. Their kindness and generosity to me, a complete stranger, was amazing. I had such an interesting insight into their world, lots of honest conversations, and I learned so much about Māori culture and NZ history. They all clearly care deeply about each other and have a real sense of community, which is something precious and rare these days.

Amazing. What’s your next project?

I’ll sadly be leaving the Mount soon. I’m off to live in Cambodia for a bit. I’ve got some ideas in the pipeline but these could change once I’m there. I’ve always had a huge soft spot for Cambodia, it just has something really special and I can’t wait to start working on some projects about the Khmer people.