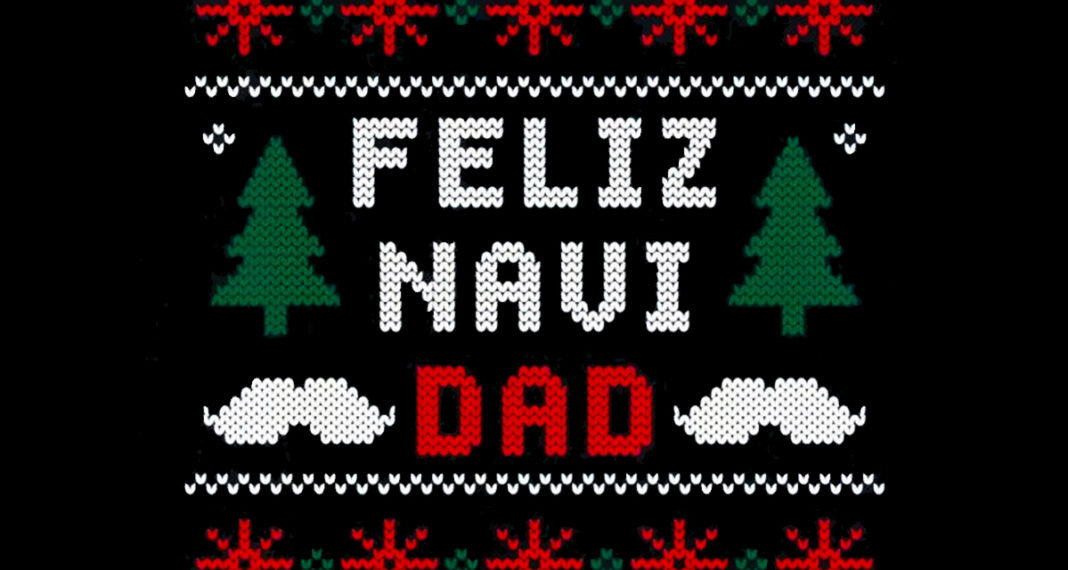 If you are a person, it is likely that you have a biological father, two fathers, a stepfather, a father-in-law, a father figure, or an old fatherly mate down at the bar.

You’ve known them for years, you probably even lived with them for a very long time, but you have no idea what food they like, what color they admire, or where they go at night. Vaguely into football? World War 2 history? It’s hard to say. That literal mother fucker is mysterious. If they are a conventional father, they are likely a semi-masculine, straight man, which is the most bland and difficult genre of person to shop for. That in mind, we’ve listed a few safe, a few daring, and a few Hail Mary gift ideas for your stranger of a father. 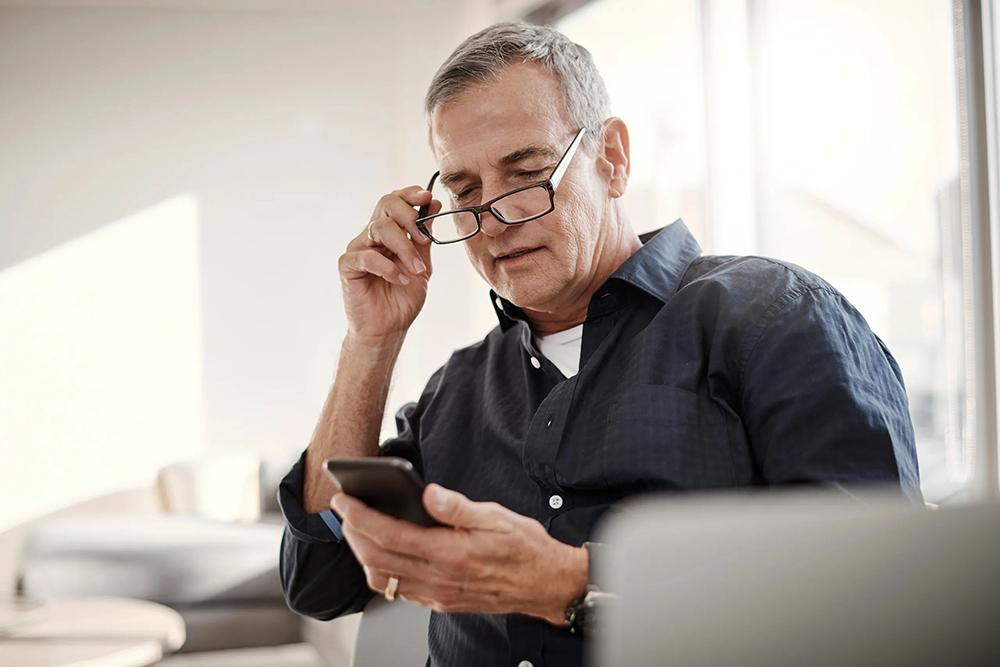 For the single father in your life, a Bumble Premium subscription might make him a little less single. We’ve opted for Bumble because it isn’t quite as desperate as Tinder, isn’t as time-consuming as Hinge, not as heathen as Raya, and not as Christian as Coffee Meets Bagel. Yes, those are all real dating apps, and Bumble is the blandest option, just like your dad. This might be a difficult conversation to have, but that depends on the closeness you feel with your fatherly figure. If you’re either very close or very distant, it’s totally fine. If you’re anywhere in the middle, that’s a bit awkward. However, I do believe that this is a very legitimate, very thoughtful gift idea. You want what’s best for the guy, after all. Who wants to be alone on the holidays? Nobody, that’s who. I’m told that the kids call it ‘cuffing season’. Let’s help your dad get cuffed. 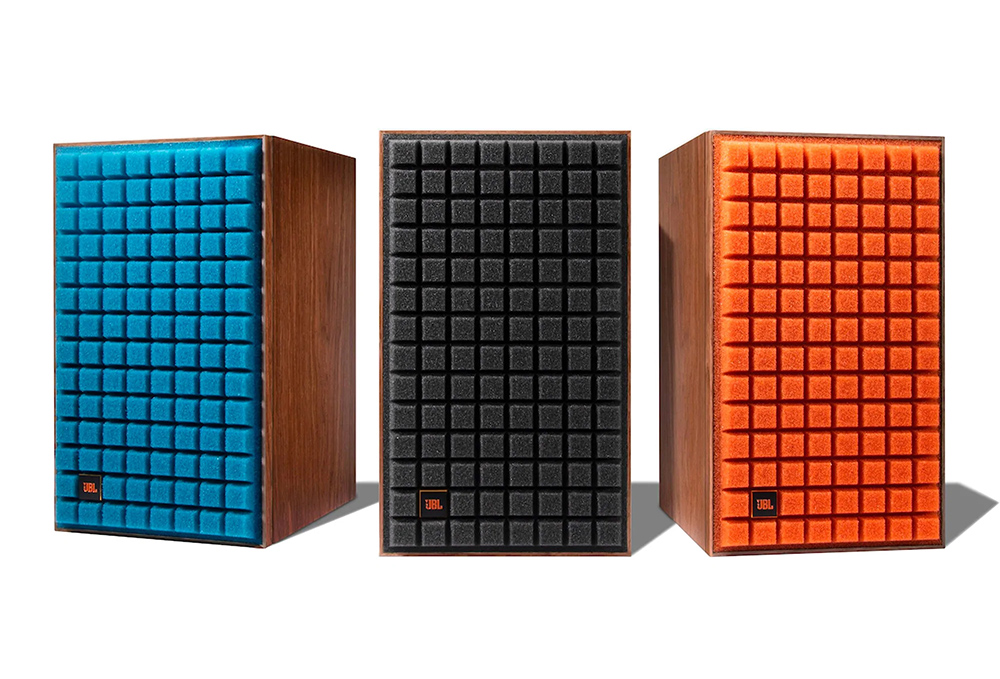 If you have a cool dad, he’s probably a music guy, and he probably already has the JBL L52 Classic Passive 5.25” Speakers because they are indeed a well-designed, stylish, sonically impeccable classic. If you have a cool music dad and he doesn’t have these speakers yet, it’s probably because they are hundreds of dollars. Lucky for him, our data implies that you, our readers, have got some money to spend. In every cool expensive apartment I wander into in this godforsaken city, I find that the host has these speakers and despite my distaste for trendy music quality things, god damn do these sound good, especially when transmitting vinyl. Every crisp, every crackle, beautifully articulated with what I found to be a particularly impressive high-end. Be the best offspring and give dad the gift of sound. 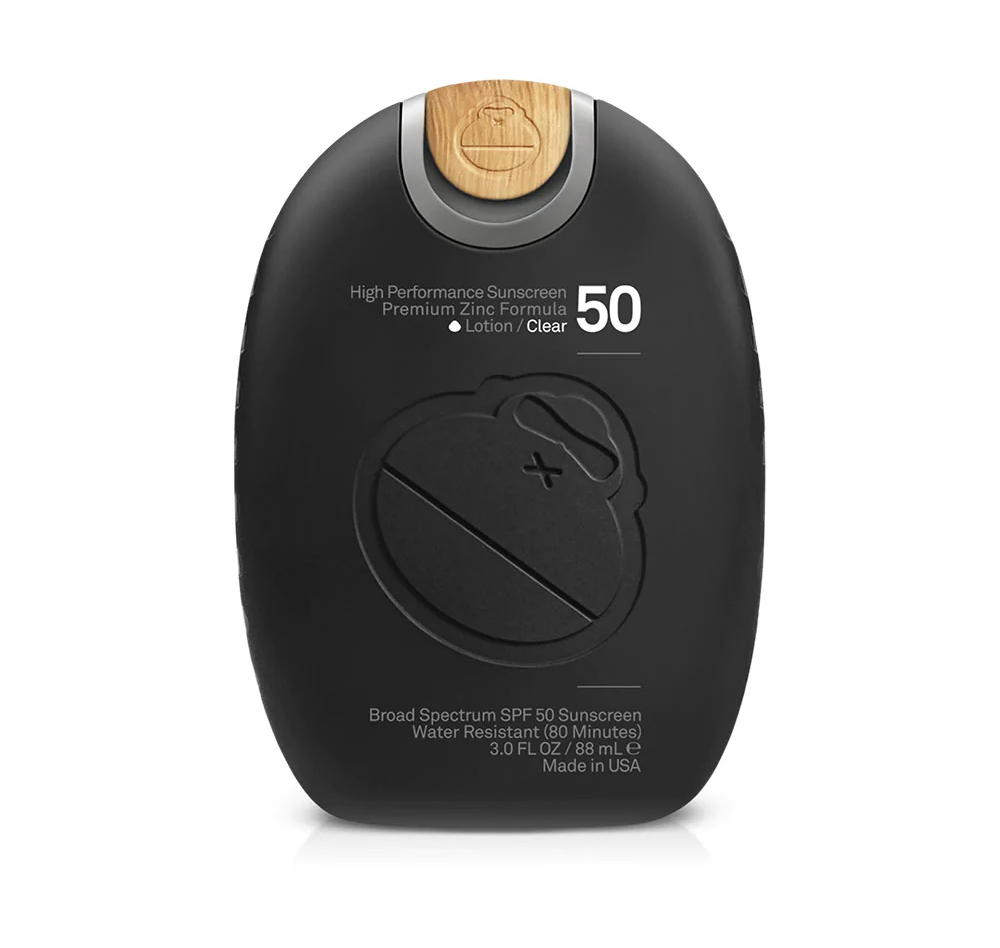 For your dad’s delicate, flappy, aging skin, the sun truly is the devil this holiday season. Thus, very oddly, I know a lot of dads who asked for sunscreen this year. Not just outdoorsy dads, but stay-at-home dads, daddies, and nerdy corporate dads all suddenly care about lobstering and the violent threat of melanoma. I found it to be an odd phenomenon, but then I found sunscreen on a New York Times gift guide, and I figured if it’s good enough for the NYT, it’s very nearly good enough for Monster Children, which is plenty good enough for me. Luckily, we have a very pally relationship with Sun Bum, makers of some of our favorite sunscreens, lotions, and general skincare products, and are therefore able to attest to their quality. The Signature SPF 50 is a mid-price, thoughtful, arguably aspirational gift to give your dad. Maybe if he’s got some protection, he’ll have the confidence to get a tan. But then again, he’s never been one for protection. That’s why you’re here. 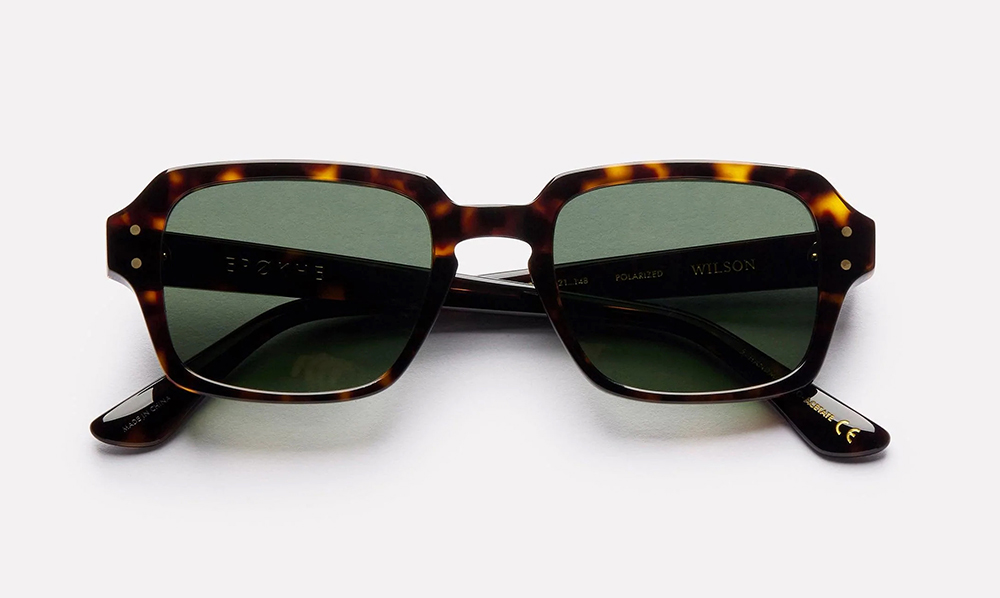 There’s nothing wrong with a stylish daddy. One way to make him so is by giving him the gift of retinal protection in a mid-century silhouette. The EHOKHE Wilson does both. This classic frame is based on the sunglass frames issued to American G.I.’s in the late 1950s through to the early 1970s, and thus carries with it a dignified, stoic style and aesthetic seeded deep within the American cultural psyche. Additionally, these babies are wiiiide as. Wide enough to cover up his decrepit sun spots and eyes that have seen too much. At least, that’s why I want them. 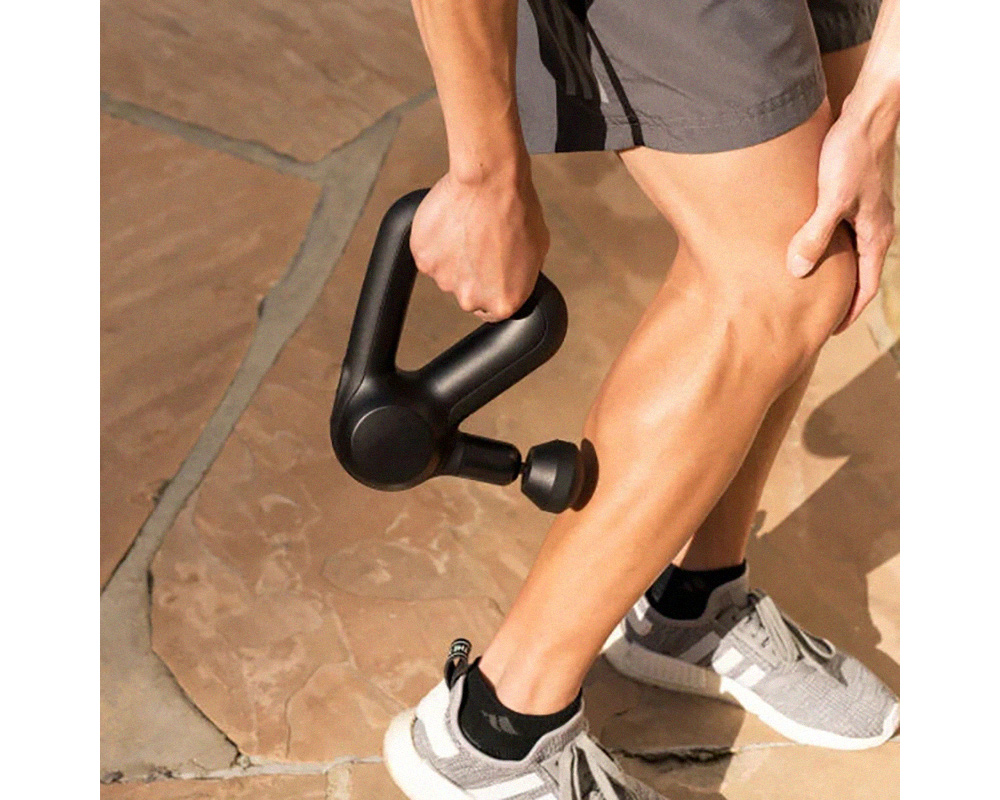 The Theragun Prime is the most cost-effective, high-quality, genuinely effective way for your father to loosen up those tense muscles. It is a low-impact, high-precision percussive muscle therapy instrument that is probably the best thing to happen to aging skateboarders and surfers since the ice bath. It is also portable and rechargeable, which allows him to bring it with him to the office or the job site for a midday refresher. I am 28 and it brings me back to life, just imagine what it’ll do for your old-as-shit father. Ten minutes getting gunned and he’ll be bouncing around the house like the grandpa in Charlie and the Chocolate Factory. On second thought, maybe you don’t want that. 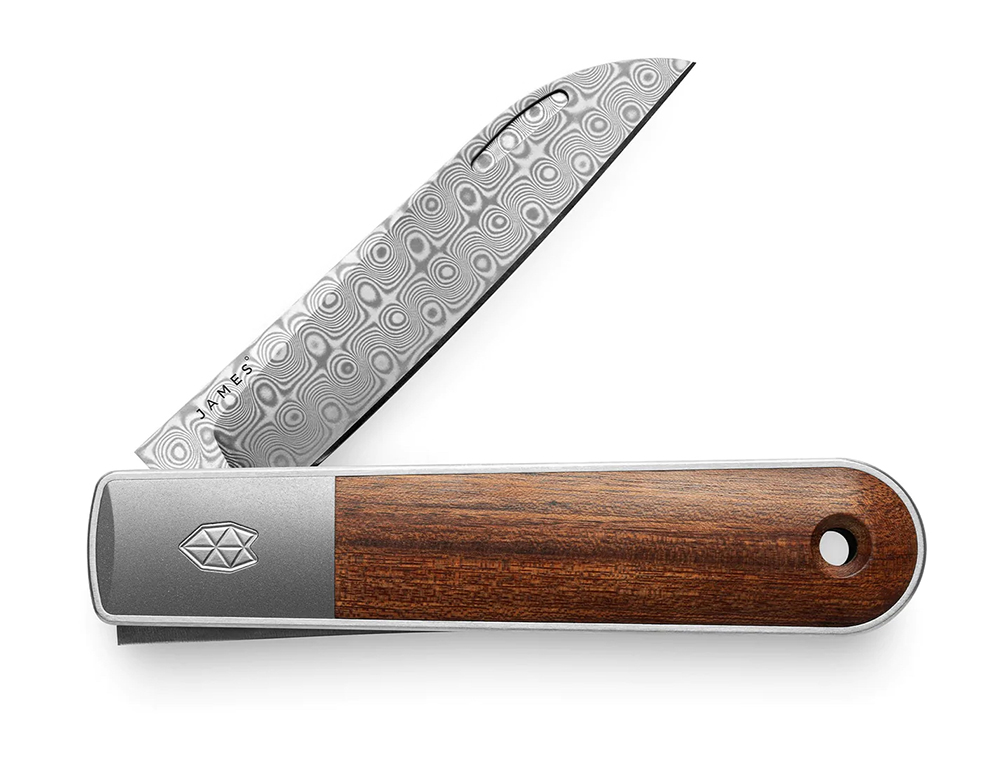 The Wayland by The James Brand

Whether you’re a mother or a father or a father figure or a dad or a daddy, everyone cuts things, and everyone needs things to cut things with. For that, we recommend The Wayland, by The James Brand. Simple, elegant, quality, this will likely be the last knife they’ll ever need. We recommend the classic Rosewood and Stainless Steel combination, though the Rosewood and Damasteel is mighty pretty, too. I may also be alone in this, but I believe in bringing back the passage of heirlooms up and down from generation to generation. My father gave me my grandfather’s Zippo lighter which was given to my grandfather by my dad. The Wayland being practical, small, and long-lasting, it definitely carries heirloom potential. Give it to your dad, who will give it to your kid, who will cut themselves on it almost immediately but be appreciative nonetheless.