What more needs to be said about LOVE Park?

It was prematurely eulogised in the Winter 2004 issue of On Video Magazine, when the city of Philadelphia turned its back on the primary denizens of the central public space, surrounded it in chain-links and reopened it, ledges blocked, pock-marked with garish pink planters and the hyper-vigilant 24/7 presence of Philly’s finest. The golden era of its late 90’s/early 2000s heydey was left to the annals of deceased downtown plaza spots haunting skate lore. It was at this time that Jonathan Rentschler moved to the city from nearby Reading, PA. “Love Park was really important to me and my childhood. It influenced my skating and who I am as a person. That’s the reason I moved to Philly,” he says of his decision. A microcosm of the municipal world, LOVE represented a place where people could mix in public, in an area inherently designed—in a 1932 college thesis by architect Edmund Bacon who, at 92, famously skated in the park in protest—for diversity. 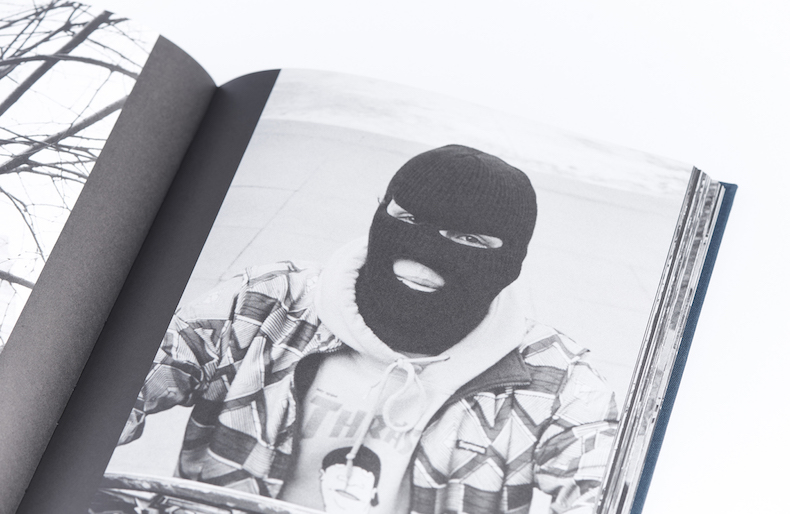 The fact that LOVE park still existed fueled the energy of locals like Jonathan. The potential became kinetic and skaters started trickling back to LOVE. The police started loosening their grip on the park to presumably, you know, go fight crime. From the beating heart of that golden era, beneath the tiles and fountain, LOVE came back into the skateboarding conscious, a revenant from an earlier (read: pre-internet) era. The “run, skate, chill” ethos of pre-On Video LOVE was back and, while still illegal, skaters made it happen. New, younger locals like the Sabotage crew and transplanted pros like Mark Suciu helped to solidify the culture and soon LOVE was in fighting form, playing host to skaters from all over and forming a new, thriving scene. 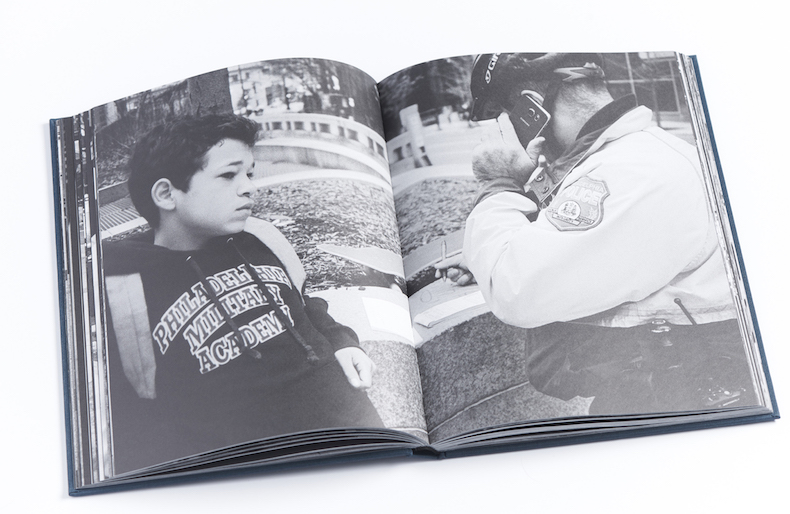 Jonathan had already moved to Center City Philly and was skating LOVE daily before he started taking photos in 2013. Around six months from when he shot his first frame, he started shooting at LOVE constantly. These photos slowly formed Jonathan’s first body of work. With the scars from the death and rebirth of LOVE’s first era still visible, the pink planters now a ubiquitous part of the spot, he realised that he was a witness. The nearby City Hall plaza was remodelled and removed from skateboarding and no one was certain that LOVE wouldn’t face the same fate. “I think we all kind of knew LOVE was going to be done eventually. Shooting there every day and being a local I started to see a narrative form,” he said of his early days experimenting with his camera in the park. “We were just trying to enjoy the last few years. It was almost a way for me to cope with what was happening. In my eyes, the time I spent making images at LOVE, I was not a photographer. I was a participant; a local. I just happened to always have a camera on me.” This resulted in a vast mixture of shooting styles, from documentary images of the constantly pestering police force, to intimate portraits with friends, to street photography of the park’s locals. The resulting photos are personal and gorgeous, using LOVE as a subject to tell its own, final chapter and representing the parable of American urbanism: nothing lasts forever. 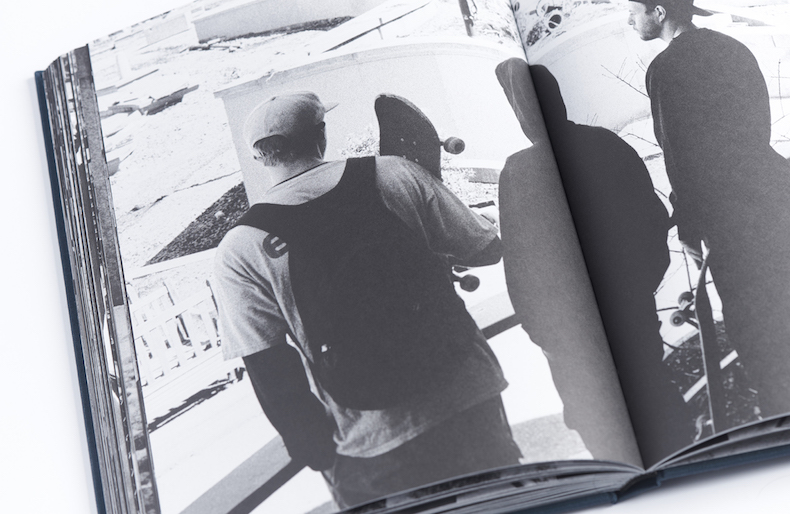 Eventually, Jonathan began realising he was taking photos for a book. With encouragement from mentors and friends, he began reaching out to different publishers and eventually, a book would come of it. Released by Paradigm Publishing, Jonathan’s book LOVE feels more artefact than coffee-table book. With an intro from Mark Suciu, the appropriately yearbook-sized book is pleasant to hold and easy to flip through. It’s the result of about a year’s worth of editing and culling roughly three years of 300 rolls of 35mm black and white film–all printed using the offset method, in which ink is offset from a plate onto the paper, rather than printed directly onto it. This gives the images a grain and feel not dissimilar to the LOVE park tiles themselves, which run through it in almost every image in different states, as LOVE park’s impending, final demise is chronicled. Jonathan, an avid collector of photo books, isn’t sure of any other skate photo books that have been printed this way. But don’t assume this is just a skate book.

It is this final demise that becomes the central theme for the book, showcasing LOVE park’s last days in all their horror and glory.  Through images of weddings and injuries, drugs and hugs, groundbreakings and luncheons amongst the scattered tiles and new chain-link fences, the photos represent not only the last breaths of some of the most hallowed ground in skateboarding, but of a changing city. 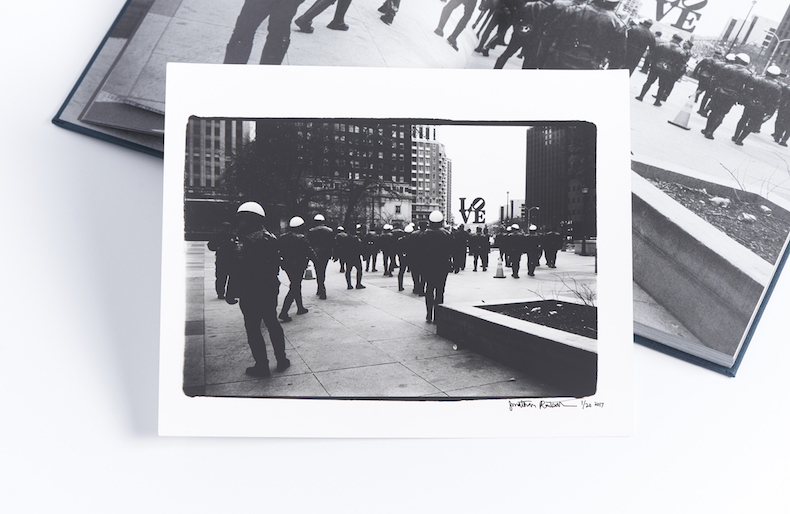 Two of Jonathan’s favourite images in the book are of skateboarding, though. The first is near the beginning of the book and is an image of Ricky Geiger doing a nose wallie over the steps leading down to the fountain. In the background is the expanse of LOVE, the complicated environment of skaters and citizens alike, sharing the space, relishing in one of modern urban America’s finest plazas. The second, towards the end of the book, is of Brian Panebianco doing a switch varial heelflip down the same steps at almost the same viewpoint. “This time though,” Jonathan said, “the background is only of the deconstructed park. These images show how the park changed from the beginning of the book until the end. Although the park was dead, the impulse of the locals to not let go of this beloved place, shows how important LOVE was to our culture and lives.” The tiles are torn up and this time when the fences come down, there will be no LOVE to return to, but this book is testament to the fact that maybe, beneath the ground, its heart still beats.