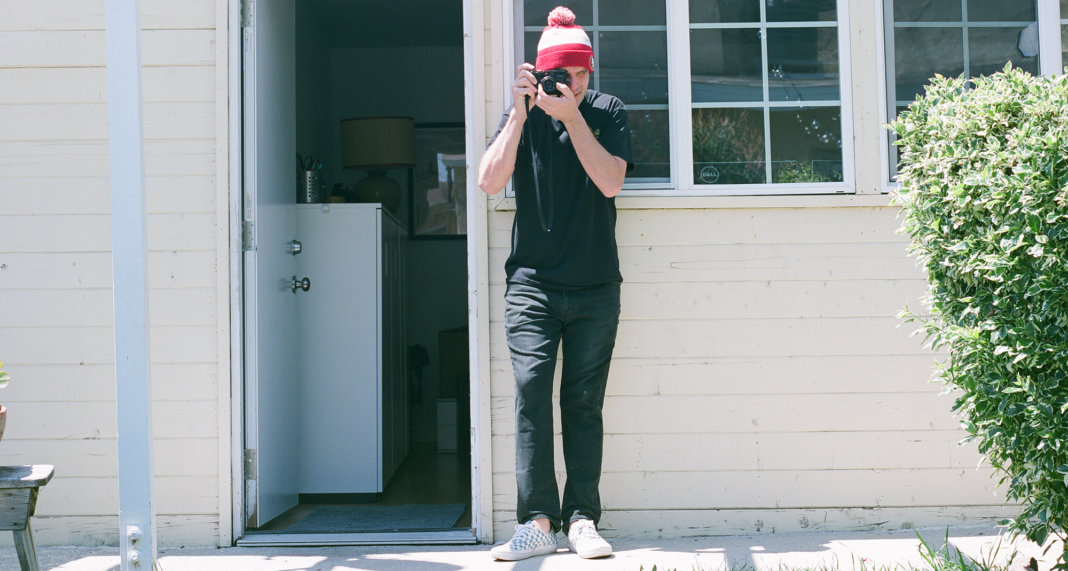 It took a while for him to admit it, like it does for so many Midwesterner and East Coast transplants, but after 20 years in Hollywood it’s a fact. He said so himself during this conversation the week before the release of his latest Vans opus, Alright, OK. And although we had a feeling it was true, it’s just nice to hear him say it. Because after everything he’s given to skateboarding and the city of Los Angeles over the years—from his pro days on Stereo, to the classic skate videos, music videos, nature docs, and amazing photography—you know, LA loves you too, Greg.

Being a filmmaker in Hollywood, how often do people try to give you their scripts?
Never.

Not once?
Never. I mean, I’m in the Directors Guild for my for commercial work, but it’s a huge community here. And I’m not really tied in that way. I don’t have an agent or anything like that, so I don’t really have anyone giving me scripts. That doesn’t really happen. I have a lot of friends who do feature [film] work and are actors or directors and cinematographers, but I’m not really in that mix as much.

I just assumed there’s always a certain level of desperation, so maybe some eager Uber driver hears you’re a filmmaker and out of nowhere, you got a script in your lap or something.
I’ve definitely had a couple little things where [Uber drivers] give me their cards. It’s more of just maybe asking if I can connect them or if I can watch their film and help them connect the dots.

Did you ever want to get into feature film work?
I would. It’s a whole different world and I think to get there commonly, you sort of exist in that world for a while. You start your work as a DP, or you work as a cinematographer, and you start doing some shorts, short features. Or if you’re a director, maybe you write a short film, or you write a feature, and you make an indie feature. I think a lot of that feature work, there’s a process of learning and growing and building your work, just like anything else, that I’ve never done. I would love to make a feature, but I feel like to get there, there’s a bit of a process, which I haven’t started. I don’t have a script that I want to make into a feature, and I’ve never directed a feature. I’ve never directed actors that intensely for that long, so it’s a bit foreign to me. There’s probably a learning curve that I have yet to go through.

But you have worked with actors before?
Yeah, in commercials. And some random short stuff I’ve done.

I read that you filmed Brad Pitt and Angelina Jolie’s wedding?
Yeah.

How’d that come about?
I had worked with this filmmaker Lance Bangs on some music videos, and he was working on a project with Brad Pitt, I guess, and they were getting married. And it was all secret. I guess Brad and Jennifer Aniston [previously] wanted a young, guerilla style crew to shoot their wedding. It was sort of young and fun on DV cameras versus a boring, proper, production company. So [Brad and Angelina] just asked Lance, “Hey, you want to bring a few people in and shoot our wedding?” It was as simple as that. So Lance, myself, and a couple other people just went and shot it. I never saw it. We gave them the tape. It was pretty fun. pretty wild.

Is that the most red-carpet Hollywood type of thing you’ve ever been involved with?
Yeah, for sure. I’ve never been in a situation with that many—like just think of who the guests were—you know? And we just had these little DV cameras, so we were out there in the mix. We had people shadowing us making sure that we gave them the tapes.

Making sure no one stole any plates or anything.
It was pretty mellow. We were literally just on the dance floor. And yeah, it’s crazy. So yeah, I would say that’s probably the most extreme example of a Hollywood situation that I’ve been in.

That’s about as high profile as I can think of.
I think so too.

“I’ve definitely had a couple little things where [Uber drivers] give me their cards.”

How about the most underrated?
Well, you used to be able to go onto the roof of a parking garage next to Hollywood High and watch Jimmy Kimmel’s live music performances. The Jimmy Kimmel garage, you used to be able to go and watch the performances from the roof of this parking garage with a bunch of high schoolers. High school kids always knew about it because their school was next door. I saw Iggy Pop perform back then. It wasn’t like seeing a great live show, because usually the person would only perform four or five songs. But that was always a pretty funny thing to do. 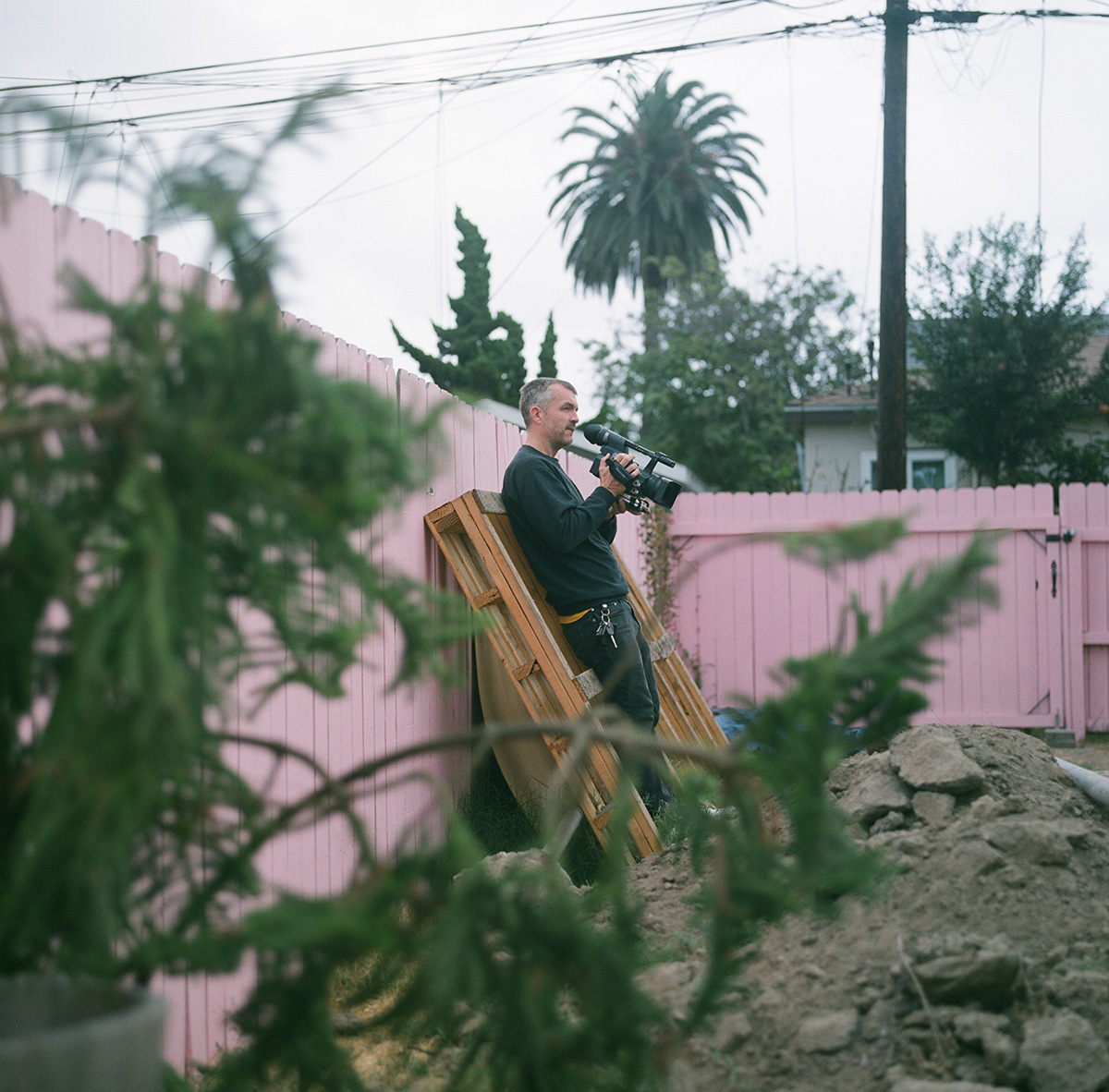 How about for your family or taking your kids somewhere?
We go to Bronson Canyon a lot. And there’s a park there that is not heavily trafficked, and it’s incredible. It’s such a cool little space. Our kids pretty much grew up in that park. You know, one of my favorite places in LA, and I wouldn’t say necessarily that it’s underrated, but it’s Trails Cafe in Griffith Park. It’s this little hut where you can get coffee drinks, sandwiches, freshly made pastries, stuff like that. But then you eat outside on these picnic tables. And it’s right in Griffith Park. There’s a playground across the street. But it’s an awesome place to go because it’s a cool place to meet friends and you eat outside and the food’s awesome. And the lines never that long. It’s kind of unusual in that way. So that’s probably one of my favorite spots that a little bit off people’s radar, I think.

All right, well maybe we’ll censor the name so we don’t blow it up. Do you have any advice for people that want to get into filmmaking?
Start making films of any kind. That’s the only way to do it. I think film school is great. It’s a great way to dive into it. Start making films right away, and you’ll learn a lot pretty intensively. And I think most importantly, from film school, from what I can tell is people build these communities that last long beyond film school. People that end up kind of bringing each other in. When one of them maybe gets really successful, they kind of bring everyone up with them. That’s really common. Because it’s hard. Some people get a break. Some people don’t. It has nothing to do with their talent, so I think film school can be really helpful because you do build a really strong filmmaking community that supports each other.

“Start making films of any kind. That’s the only way to do it… you’ll learn a lot pretty intensively.”

How about those who go the DIY route?
If you don’t go to film school, I think your chances are just as good but you need to make films. You need to jump in there. I think the most important thing is to not have an ego and just be willing to get in there and work as a PA, or work as a second AC, even though you might be a great DP. Work as a grip. Do anything that you can to get in there and be around, be on set, and be around other filmmakers. And at the same time, try to make your own work, and figure out what type of films you enjoy making the most because it’s hard. Filmmaking is a really difficult, challenging, stressful process, so making films that you really have a connection to, and that you enjoy making, and that you believe in is really important, because there’s going to be obstacles all along the way.

How about skate films?
I always tell people that if you really want to make skate films, you can totally do it. I think the most important thing also is you need to find a community of skaters who you connect with and are friends with. Obviously, if you want people to see your skate video, you got to make sure the skaters are pretty good are sponsored or pro, but I think that’s how people get in there. It’s who you know, and I think skateboarding filmmaking is different than anything else, because there’s a lot of dedication, there’s a lot of days where you don’t shoot anything, you don’t even take your camera out of the bag. 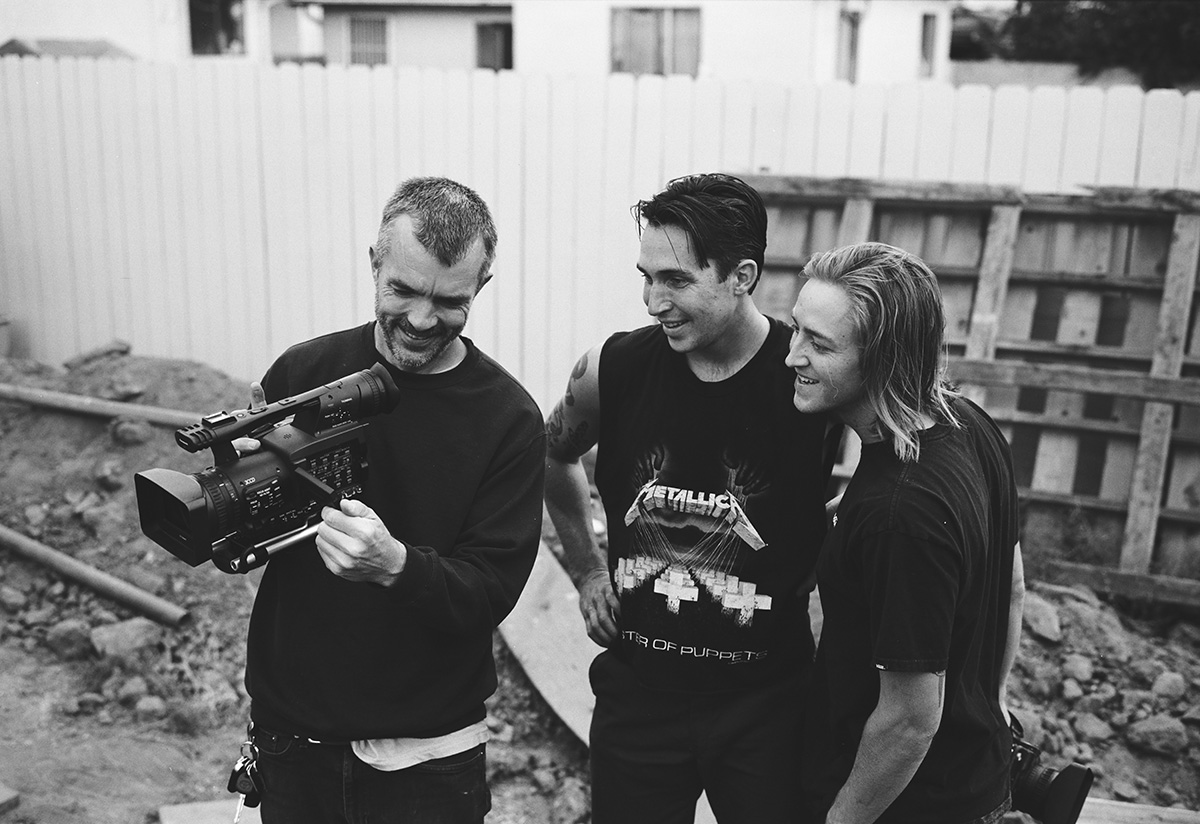 Cops come. Spot’s knobbed.
You get kicked out, it rains, whatever might happen happens. But you also really have to develop a friendship and a trust with who you’re shooting. If you don’t have that, then you’re not going to last very long within that group. Skateboarders need to have someone there shooting them, who they like to be around, and who they have confidence in that the footage is going to come out great. And who motivates them to a degree. That’s really important. That’s almost how everyone does it. You luck out, you find a really good crew, and you just get out there and make stuff together. And hopefully everyone comes up together.