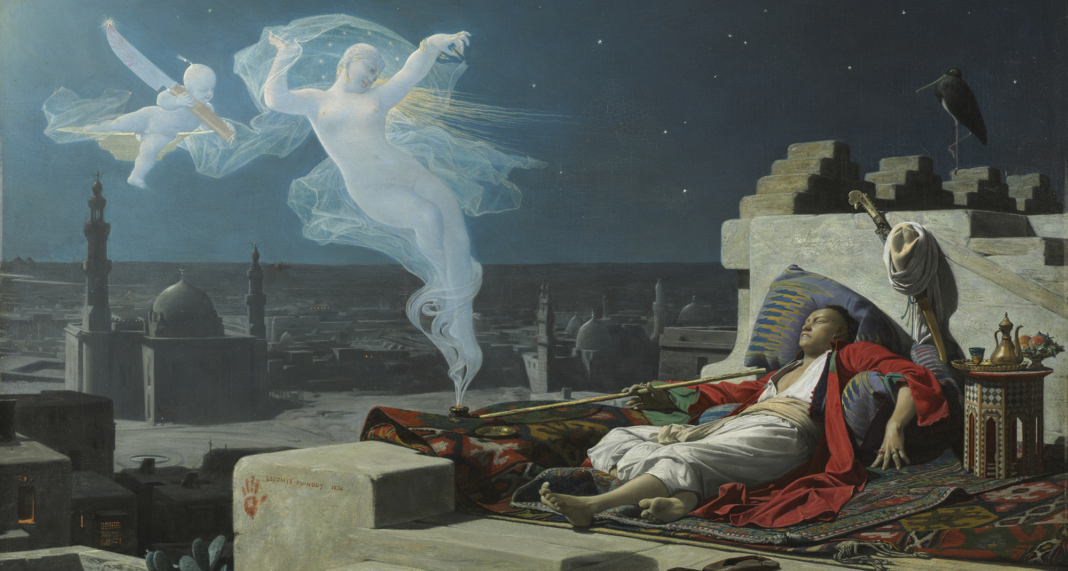 Throughout the ages, especially in times when everything feels a bit wobbly, humans have turned to prognostication, which is a $10 word for ‘looking into the future’.

We’ve got literally hundreds of documented styles of divination, which are, more often than not, dismissed as nonsense. But maybe it’s less about telling the future and more about seeking connection through ritual, and being open to different ways of thinking and perceiving reality… Here’s some that particularly tickle me.

A form of divination that’s at least 3,000 years old, the I Ching requires the reader to sit in a state of reflection, holding a question gently in mind (phrased with a ‘please’ because manners are important) while dividing and counting yarrow sticks or flipping coins. It’s a time consuming but a very pleasant activity that I find to be more about the meditative process than the outcome. The readings are vague and esoteric, and the more I fall down the proverbial rabbit hole of trying to comprehend how ‘blood vanishes and fear gives way’ applies to me, the more baffling it all becomes. I have decided that trying to understand the I Ching misses the point. It’s right there in the name of the accompanying text: The Book of Changes. It’s about the movement of things, which is nice.

I’ve been fascinated with tarot for as long as I can remember, but I only got my own set of cards recently. First recorded in about 15th century Europe as a set of playing cards, their application for fortune-telling seems to have begun around the 18th century. There are 22 cards in the Major Arcana (arcana meaning secrets or mysteries) and 56 in the Minor Arcana. The cards are shuffled and cut while focusing on what you want to know, then laid out according to the placement you’ve chosen. Cards are turned over one by one. Upright, they signify one set of meanings; in reverse, it often signals blockages or obstacles to overcome—aka, to return the card to an upright position. I like to pull a single card on days when I feel like I need some introspection or a slap in the face from the universe. 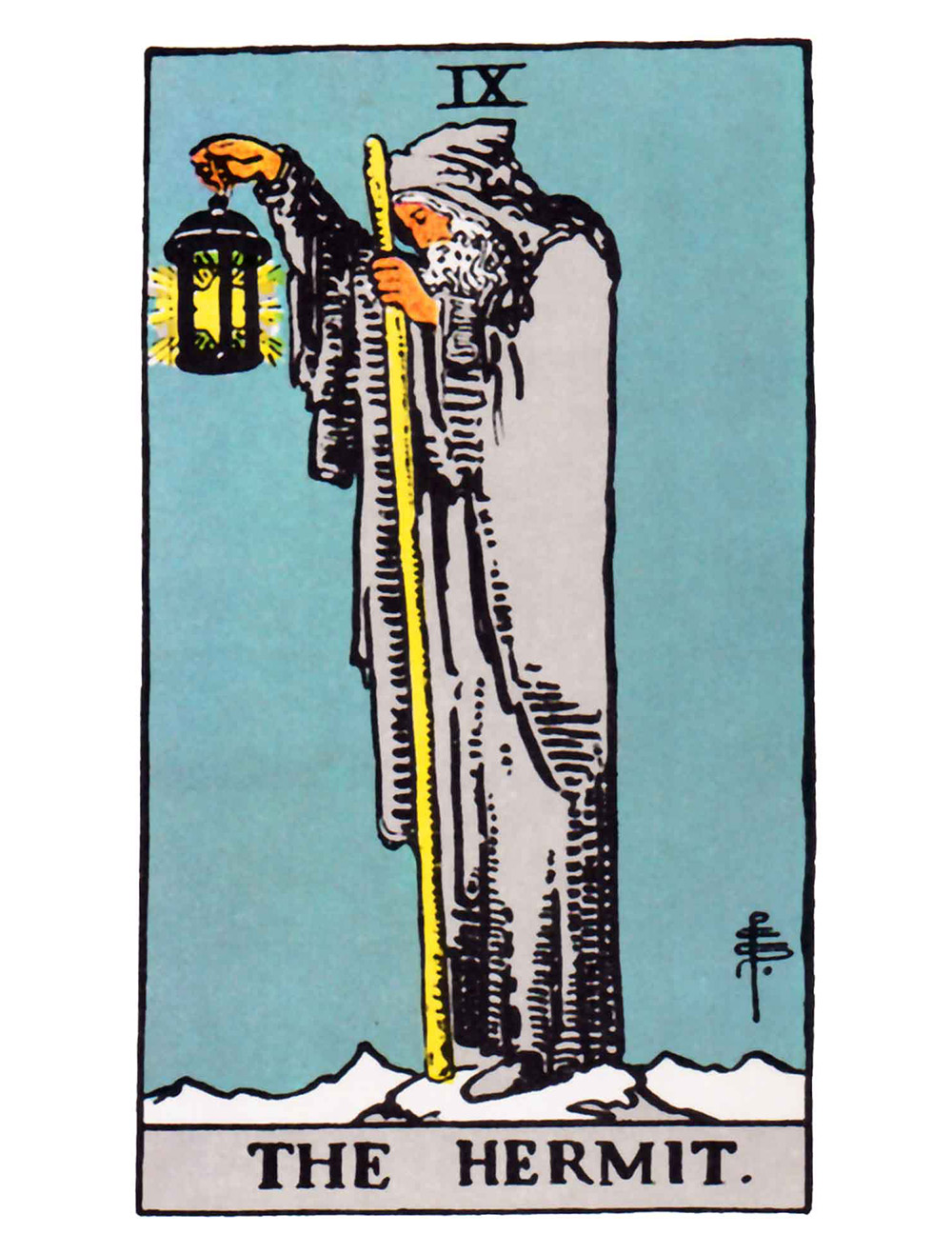 Often dismissed as absolute lunacy (haha), astrology has secured a foothold in popular culture. Everyone knows what sign they are, people list them on their dating app profiles, and there are memes dedicated to the subject. Although the astrological columns in newspapers are often so vague they can apply to pretty much anyone, there are now better and more accurate—and interactive—applications you can access to understand your chart as a whole. While shunned for being a way to explain away shitty personality traits or behaviour, astrology can also give us a way to think critically about our interactions with the world and our relationships with others, and that can’t be all bad.

You can literally pick up any book, place it on its spine and allow it to fall open, and then with closed eyes pick a spot with your finger and that passage (sentence, paragraph, whatever) is your message from the universe. Because favourite or oft-read books have weak spines in certain places, you can also just flick through in that aforementioned state of calm contemplation (a theme!) until you choose a page ‘at random.’ Hard to see any kind of divine intervention here, but it’s a novel prompt for reflection. I gave it a go with my favourite book and the sentence was almost word for word a text I had sent that day—read into that what you will…

I had my numbers done when I was about 18 in a pub, by a guy called Bear who had long white hair. Using the letters in your full name and your date of birth, you’re assigned a set of numbers. Each number is said to have a ‘vibration’ and can be read as a kind of life plan: what you might be when you grow up, who you’re most compatible with, that sort of thing. Because it’s very dependent on the specific set of letters your parents gave you (and meanings someone one time assigned to numbers), it feels more intrinsically linked to human choice than the otherworldly workings of the universe. It could be another way to stimulate your brain to spill the stuff that was lurking below the surface, or maybe sometimes it’s just validation, we need that too.

As someone who remembers their dreams vividly, I have often googled the unhinged narratives my unconscious brain cooks up. In dream interpretation, there is often an inclination to look for the answer you want to find, but there are also folk tales that agree on the meanings of common themes (teeth or hair falling out, being naked somewhere important). Dreams are actually thought to be your brain consolidating fragments of memory, looking for important information for further processing. Not sure what my brain thinks is important about being chased through a Canberra shopping centre by a bear. Sometimes I just eat too much cheese before bed. 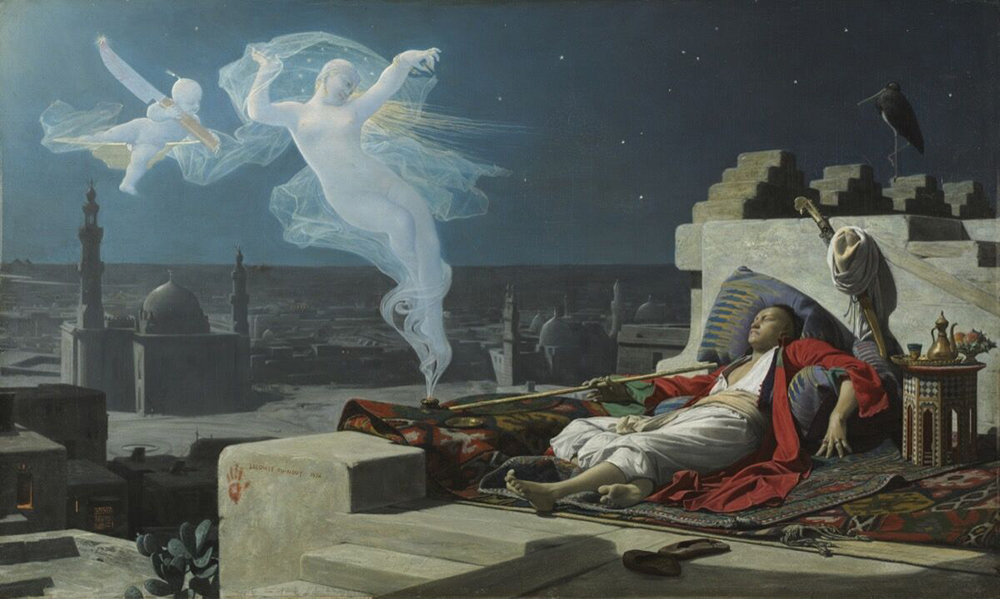 Lastly, the Ouija Board. Marketed as a game for entertainment as well as being a ‘mystical oracle’, Ouija gained its notoriety through frequent appearances in scary movies. The board (which apparently named itself, and means ‘good luck’) features the letters of the alphabet in two curves, the words ‘yes’, ‘no’ and ‘goodbye’ (nope) and comes with a ‘planchette’ which the players lightly place their fingers on. The idea is to contact a spirit that causes the planchette to move ‘of its own accord’ and spell out a message. Whether the Ouija board can really channel dead people or the players move the planchette subconsciously (it’s called an ideomotor movement, and there is a ‘test’ where participants are blindfolded and mostly spell out incoherent messages), they will forever remind me of getting a random nose bleed at a sleepover.