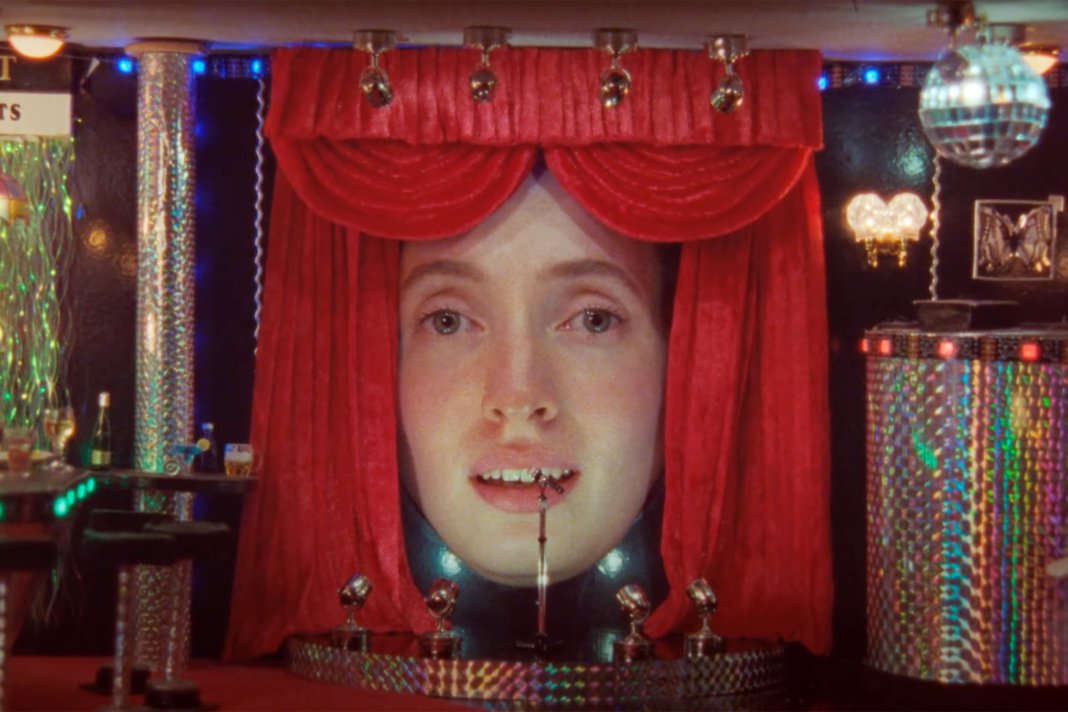 Maybe it’s because of the city’s infamously bad weather and long winters: if you’re always stuck indoors, you’ll have a lot of time to overthink everything. The musical result of this is self-lacerating lyrics and convoluted song structures. There’s a pervading atmosphere of off-kilter experimentation in everything that comes out of the city—it seems as if every musician there has been to art school. That is not to say that every band in London sounds the same. If anything, the main factor linking them is their ability to push the boundaries in ways that are entirely their own. With that said, we are confident that the following seven bands are the best that London has to offer.

Goat Girl
There’s something special about Goat Girl. All of the group’s imagery has a bright, pastel sheen, but beneath the surface there’s a murkiness that you can’t quite put your finger on. Whether they’re singing nonsense syllables (as in ‘Badibaba’) atop lyrics that subtly hint at the end of the world, or adorning a song about oppressive anxiety with glamorous and perky synth lines (‘Sad Cowboy’), the group deals in contradictions. But it is this disjuncture that makes them so exciting; they seem to capture the sense of dread that lies beneath a present that is bright and new in a way that no other group can.

Porridge Radio
We interviewed Porridge Radio last year when they released their excellent second record, Every Bad. Since then, the London four-piece fronted by Dana Margolin has only gotten better. During Lockdown, they released the song ‘Good For You’, which featured Chicago’s Lala Lala and combined Porridge Radio’s impeccable indie rock and depressive lyricism with lush synths, breathy vocals, and an EDM drum beat. The song’s refrain, ‘if you can imagine the rest of your life then good for you; I can imagine the end of the world and nothing else,’ captures the lost at sea feeling of lockdown perfectly, and is the most quintessentially Porridge Radio lyric yet written.

Black Country, New Road
You already know Black Midi, but have you heard of these guys? This seven-piece is emerging as one of the most important post-punk bands working within the same vein. Their sound combines the Slinty math-rock of groups like the aforementioned Black Midi with lyrics that are less abstract and bracingly raw. Lines like ‘Fuck me like you mean it this time’ seem more in line with sadcore bands like Crywank, while the instrumentation manages to be both precise and free-flowing, despite its convolution and dissonance. Their breakthrough single ‘Sunglasses’ remains the definitive expression of this band’s unique sound.

Dana Gavanski
What is it with musicians named Dana from London? Dana Gavanski combines the cool delivery and fruity instrumentation of female vocalists like Nico and Cate Le Bon with the floaty ambience of folk contemporaries like Cory Hanson or Hand Habits. Her recent cover of King Crimson’s ‘I Talk to the Wind’ replaces the original’s hippie prog-stylings with a gauzy folk affectation that makes the song seem brand new. Her ability to take somebody else’s song and transform it into an entirely separate masterpiece is on par with Cat Power.

Dry Cleaning
Oh boy, are you in for a treat if you haven’t yet heard of these guys. As their name would suggest, their subject matter is predominately scenes of pedestrian banality, but their sound is urgent and euphoric post-punk. It seems surprising that this sort of thing hasn’t been done before so effectively. Frontwoman Florence Shaw’s vocals are disinterested spoken word that are at odds with the urgency of the instrumentation, but somehow draw greater attention to the textural and rhythmic qualities of each word than if she were singing them. When at the end of their incredible song ‘Scratchcard Lanyard’ she seethes, ‘I’ll tell you one thing, you’re going to get it’, it’s more effective than any melodramatic scream ever could be.

Squid
There’s something incredibly cool about bands with drummer vocalists. It seems to ensure that the delivery always has the same intensity as the rest of the song. The musical virtuosity and precision of this band is for fans of Parcels and King Gizzard, while the sheer strangeness has garnered comparisons to new wave bands like Talking Heads. Compared to the other bands on the list, these folks have a much more upbeat, euphoric, and ferocious attitude, but their convolution comes from how they subvert the expectations of how a song should go. Their introspection is put towards musical experimentation, rather than self-laceration. And we love it.

Powerplant
Although there are plenty of other bands in London who also deserve to be on this list (looking at you Dream Wife), there’s something strangely compelling about Powerplant. The aggression of Theo Zhykaryev’s delivery is nearly comic given how unintelligible the lyrics are, and despite being a punk band, the overall sound is smooth and appealing rather than abrasive. This is largely due to his chocolatey Alan Vega voice, and the addition of spacey synths on top of the analogue instrumentation. Also interesting is how similar Powerplant sound to Sydney based band Gee Tee, given that the two groups appear to have developed the same sound separately.