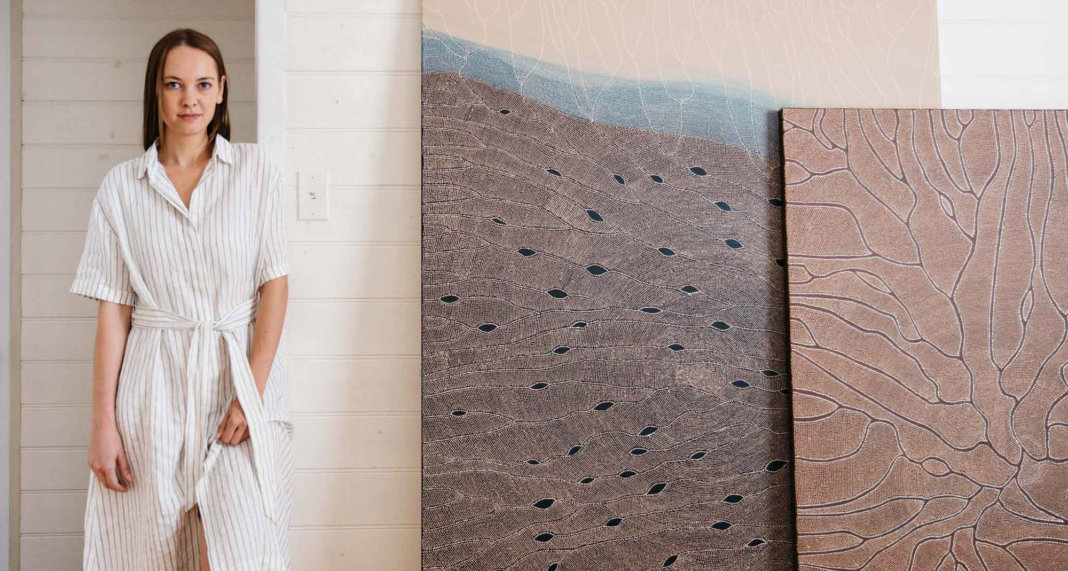 Supporting First Nations artists should be something that we do year-round.

But it’s no secret that art history has long neglected this sentiment, let alone acknowledged or celebrated the varied art forms and mediums passed down for generations in Indigenous communities around Australia. Fortunately today, though, we’re witnessing a rewriting of art history’s past. The present is brimming with the voices and work of contemporary Indigenous artists who are reclaiming their place in a traditionally white-washed space. On Invasion Day this year, here we take a look at six incredible artists who are ultimately shaping the next generation of Australian art.

So much of what we absorb subconsciously in our childhood informs our future. For Sydney-based artist Dean Cross, it was his parent’s art collection that included works by first-generation Hermannsburg artists, such as Albert Namatjira. Born and raised on Ngunnawal/Ngambri Country, Cross first pursued an international career as a dancer, before deciding to begin a second career as a multidisciplinary artist.

Primarily working across installation, sculpture and photography, his critical practice revisits and challenges colonial narrative of Australia and the Pacific through the lens of national, archival and personal histories. With an interest in object history present in raw materials, Cross uses both historic and 21st-century references to create his journey of enquiry.

Mia Boe is a Brisbane-based artist who explores her Badtjala from K’gari (Fraser Island) matrilineal bloodline and heritage in her work. Boe’s practice is centred around the reclamation of Indigenous stories that challenge Australia’s dominant ‘out of sight and out of mind’ mentality. With a practice centered around the urgent act of recording and recovering in contemporary Australia, her work traces historical trauma and violence in order to present and open up new viewpoints about the varied reasons Aboriginal Australians continue to feel their suffering today.

The artist’s findings are communicated in her paintings where figures appear in various scenes—walking on country, trapped behind bars, seated at dining tables—some who are more like shadows, bearing no discernible features. Offering up these perspectives, Boe’s work echoes shared stories and feelings of pain, loss and hope.

While some may grow up being told about their connection to country and Indigenous heritage, for others, those familial details aren’t common knowledge. Hailing from the Northern Beaches, Billy Bain is a Sydney-based multidisciplinary artist who had a pretty typical coastal upbringing as a surfer. Despite growing up with the knowledge of his matrilineal Indigenous heritage, he was disconnected from the finer details of his bloodline.

Bain’s motivation to uncover this side of his family’s history came to inform his art practice, which explores the conflicting duality between his Indigenous heritage and the largely Euro-centric suburban culture he grew up in through sculpture, printmaking and painting. Humor is also at the centre of his work; his latest exhibition Blokes saw the artist playfully deconstruct Australian male stereotypes such as the hot tradie, the Bali tourist and Crocodile Dundee. By accessing archival information, objects and oral histories through family, Bain seeks to interpret his own accounts of where he came from.

Byron Bay-based artist Niah McLeod is a descendant from the Monero, Wandandian and Yuin people from south-eastern Australia. For McLeod, making art is meditative, a way to tell stories passed down from her parents unique to her personal history and achieve feelings of pure calm.

Drawn to earthy neutral tones, the artist’s incredibly intricate dot paintings are a contemporary take on an ancient practice that sees her share her Indigenous culture and own way of belonging. Exploring themes of nature and motherhood, McLeod’s work carves out space to breathe amidst the chaos of the current social, political and cultural climate.

Dennis Golding is a Kamilaroi/Gamilaraay artist and curator based in Sydney who explores the complexities of representation. Growing up in Redfern, his interest in art was handed down by his mother and grandmother who were also painters. Drawing on experience and childhood memory, Golding works to decolonise the histories, knowledge and preconceived perceptions of Aboriginal identity. 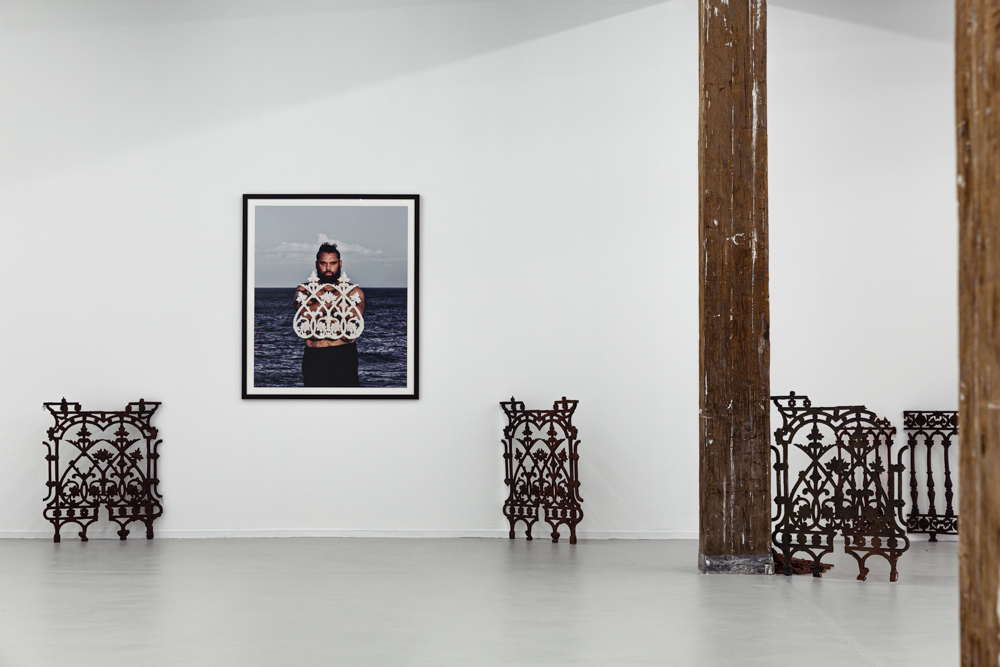 Taking objects from the everyday and referencing archetypes of the superhero, he challenges boundaries from both Indigenous and non-Indigenous experiences, seeking to re-represent impressions of contemporary Aboriginal cultural identity that’s empowered and liberated from colonial narratives. Awarded the NSW Visual Arts Emerging Fellowship last year, Golding is the first Indigenous artist to receive the award in its 100-year-old history.

This isn’t the first time we’ve shared the work of Melbourne-based artist and proud Gumbaynggirr woman Aretha Brown. At just 20 years of age, the queer activist and artist has already gained widespread acclaim for her work that advocates for Indigenous history to be taught in mainstream education systems. Brown’s multidisciplinary practice encompasses painting, drawing and sculpture.

She also employs contemporary pop culture references and materials—such as diamantes that she uses to bedazzle her artworks in a twenty-first-century take on dot painting—to explore themes of place, identity, culture and political ideas around Bla(c)k womanhood. Urging action towards a decolonial Australia through her Instagram posts and YouTube channel, Brown suggests we, ‘Sit down, shut up and just listen to Aboriginal people. It’s really very simple.’