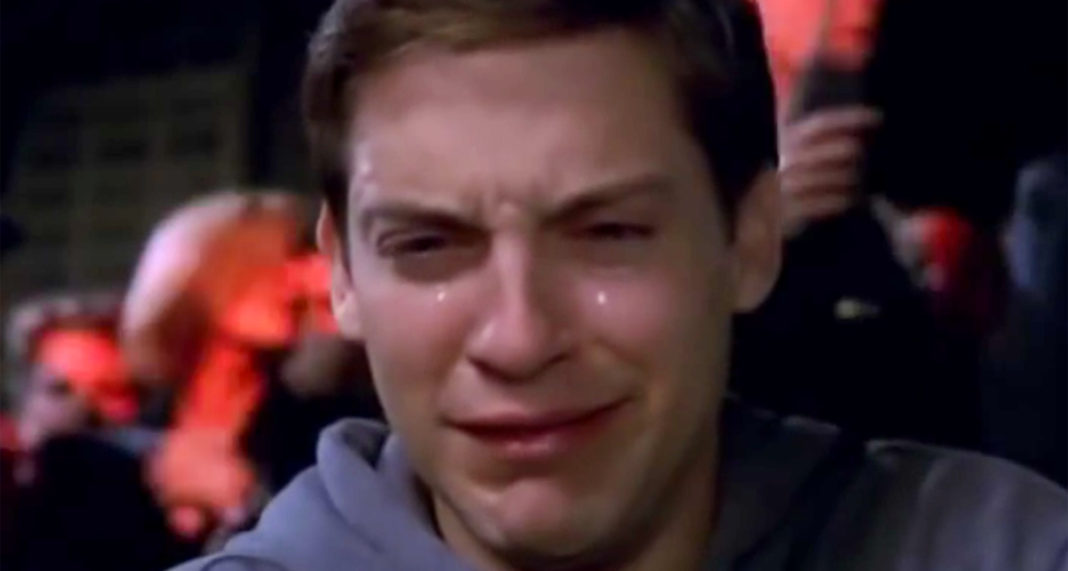 Also, if you’re like me, you like a good old-fashioned cry every now and then. It’s good to cry. Why waste time and money on being angry at the world and punching strangers and going to court when you could just have a big ol’ cry and feel better about everything? I love crying. I’m crying right now! I especially love to cry on airplanes because everything is cry-worthy on an airplane. One time, I was on a plane to Madrid and I bawled like a baby through Billy Elliot—in Spanish! I had no idea what was happening. ‘Dance, Billy! Dance!’ Here are five videos guaranteed to make you cry like a big stupid baby.

Girl Hears for the First Time – Let’s kick this shit off with a classic. Sloan Churman was born deaf and finally received a hearing implant as an adult woman in 2011. If you don’t choke up when her ears start working, you got a heart of stone, my friend. Nearly 28 million people have watched this video, and they all had to change their Garfield t-shirts at the end because they were wet and cold and soaked in the boogers of joy.

This Fucking Scene from Good Will Hunting – This scene will break you in two. It broke me in two, but then I’m a pussy (can’t say that anymore) and I likes to cry whenever I gets the chance. I saw this in the cinema when it came out and I had to focus on the back of the head in front of me because I didn’t want to cry in front of the girl I was on a date with. Speaking of distracting yourself, I one time had to think hard about my parent’s divorce and my dog getting put down to stop myself becoming aroused while a ‘masseuse’ did her damnedest to arouse me. It was awful. I won, though.

Man Sings to Dying Wife – Just go straight for the beach towel with this one. Dude sings to his dying wife and his voice is completely off-key and, to be honest, I don’t think he even knows the words—and that’s pretty sad. Just kidding. This is a massive tear-jerker, and perhaps proof that love is more than just a chemical reaction in the brain that urges you to mate with someone whose genes complement your own. Fucking hell, what’s this life all about?

Autistic Basketball Goat – Jason McElwain was appointed manager of his high school basketball team because he was super enthusiastic, but he was never permitted to play because of concerns about his autism not working out on the court. How wrong they were. Get ready to bawl your fucking eyes out, baby, because this one is beautiful. Waterworks open for biz in about 45 seconds.

‘This Woman’s Work’ Kate Bush – I hope you like snot because Kate Bush is about to dredge it out of your head by the bucketload. The second single from Kate’s 1989 album The Sensual World, ‘This Woman’s Work’ is the one song I can’t listen to if I’ve been drinking gin at home alone by candlelight on my birthday every year.