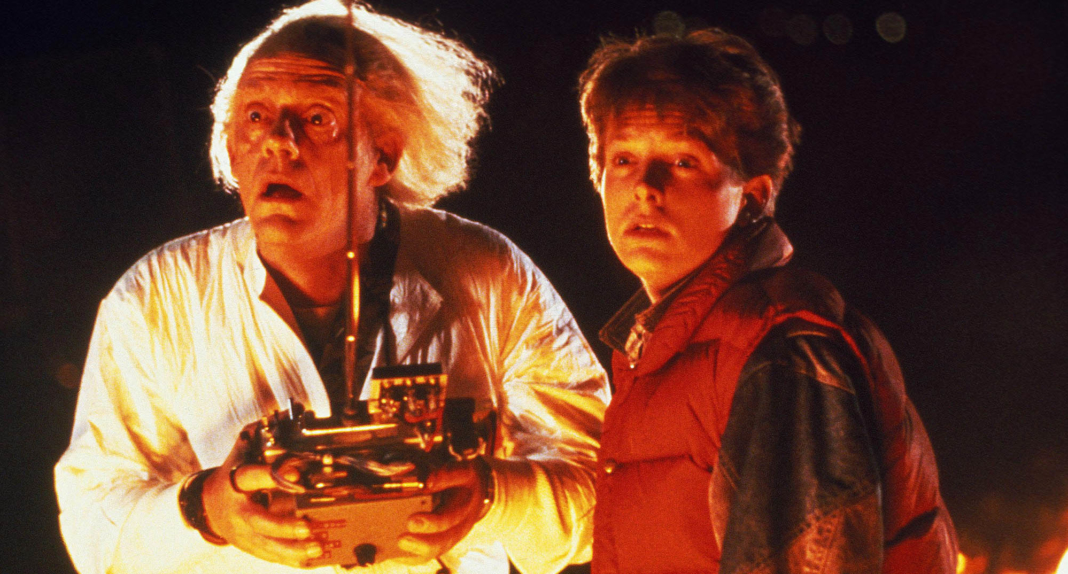 How good would it be to have a time machine right now?

I’d love nothing better than to fuck off the remainder of 2020 and get stuck into 2021. Of course, the only way that’s possible is via time travel, a concept that’s divided physicists for decades (Stephen Hawking was a believer). While I myself don’t have my own personal TARDIS to jump forward six months, it seems there are a number of inventive people around the world who have managed to create their own time machine and explore the future. From an Iranian scientist who believes he can predict the future, to a likely lad whose time-travelling mechanism looks like a Commodore 64, these are five of the world’s most interesting time travellers.

I’m not one to call people names, but this guy is a certified nutter. Known only as ‘David’, he spoke to ApexTV (a website dedicated to time travel and the paranormal) and explained how he’s travelled into the future over 20 times thanks to his machine, which resembles a discarded hard drive hooked up to computer monitor. Old mate Dave said that Frenchman Jack Lion Cousteau (a fellow time bandit who’s been into the future over 40 times) aided him in the making of his time machine, and claims to have seen buildings over 500 floors high, flying cars and, of course, aliens. If you’re sceptical, check out David’s interview with ApexTV below. You will not be disappointed.

In the year 2000, a blogger known as TimeTravel_0 began posting information online about the future and the materials needed to build a time machine. He eventually revealed himself to be an American soldier from 2036 by the name of John Titor. The time-traveling military man was on a mission to acquire an IBM 5100 computer from 1975 to stop a Y2K-style bug-destroying all civilisation. He claimed to have made a stopover in the year 2000, as you do, to collect lost pictures and reconnect with family. He also warned of the deadly Creutzfeldt-Jakob disease taking many lives and of a civil war in America. Despite none of his predictions coming true, Titor became an Internet legend, fascinating people with his story and encouraging them to build their own time machines from his designs. Titor stopped posting in 2001 but his legend lives on in a number of science fiction novels and as a major plot point in the anime Steins;Gate.

Not all time machines will transport you into the future. 27-year-old Ali Ali Razeghi, the ‘managing director of Iran’s Centre for Strategic Inventions,’ claims to have created a device that can predict your future. According to the always trustworthy Daily Telegraph, Razeghi told Iran’s state-run Fars news agency his device uses a complex algorithm and ‘can predict details of the next 5-8 years in the life of its users. It will not take you into the future—it will bring the future to you.’ Razeghi’s computer-sized machine has not gone down well with his peers, though, and Iran’s Deputy Minister of Science, Research and Technology has dismissed his claims. Unfortunately, there’s not much chance anyone will get to use Razeqi’s machine as he fears ‘the Chinese will steal the idea and produce it in millions overnight.’ Surely if this were the case his machine would predict it, right?

Unlike the other drongos highlighted in this article, Professor Ron Mallett is an actual astrophysicist who is well respected among his peers. He also just happens to have dedicated his life to time travel (it’s his wish is to travel back in time to see his dead father who passed away when he was a child) and has written a scientific equation he believes will take us back in time. In an interview with CCN, he explained how he’s created a prototype based around Albert Einstein’s famous theory of special relativity. It’s all quite technical but the basic premise revolves around using Einstein’s theory to twist time into a loop so you can travel either into the future or the past. There’s also something about lasers and a comparison to Planet Of The Apes, but whatever Mallett is working on, here’s hoping he can find his way back to his father someday.

The Vatican and the Roman Catholic faith have been accused of many things over the years (profiting from the holocaust, covering up child abuse etc), but one thing you might not know is they possess a time machine. The Chronovisor was built by a team of scientists led by Father Pellegrino Maria Ernetti and works by ‘processing residual electromagnetic radiation left over by numerous process…’ whatever that means. Ernetti claimed to have used the machine to travel back in time and witness the crucifixion of Jesus and recover famous artifacts. If you need more proof, Catholic priest Father Francois Brune and Austrian author Peter Krassa both wrote books about the device, and Ernetti himself wrote a letter before his death in 1994 stating that the Chronovisor is real. How can you not trust a man of faith?