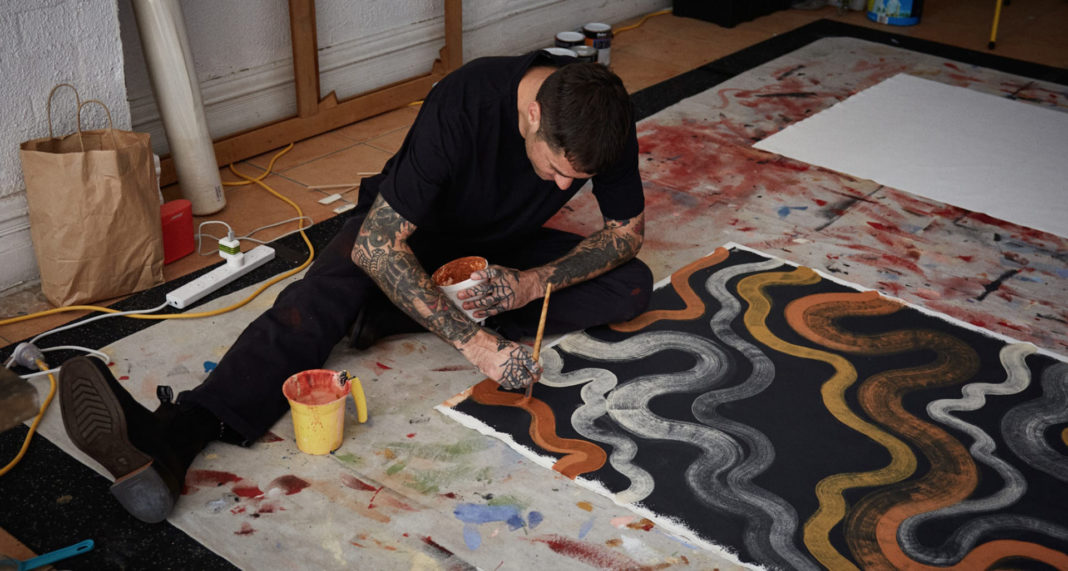 Over the past few years, young First Nations artists have been on the rise.

Their work is becoming more prominent, celebrated and recognised across the country and on the international stage. And considering the lack of visibility they’ve received in times past, continuing to discover, share and learn about the work of Aboriginal and Torres Strait Islander people couldn’t be more necessary than it is now. With NAIDOC in mind this week, let’s take a look at five future-shaping artists you need to know about.

Thea Anamara Perkins is an Arrernte and Kalkadoon woman with family ties to the Redfern community in Sydney. Memory is a central theme that guides her painting practice, where portraiture and landscape reveal authentic, contemporary representations of First Nations peoples and Country. Hailing from a dynasty of activists and creatives, it’s Perkins’ family who often inspire and feature in her work, drawing from archival photographs that are ripe with nostalgia and joyful memories (or what she calls, ‘the glimmer’). Having been nominated for the Archibald Prize the last three years running, named winner of the Australia Council’s Dreaming Award (2020) and most recently awarded a Brett Whiteley Travelling Scholarship (2021), there’s no arguing Perkins is destined for big things.

Shaun Daniel Allen (aka Shal) began painting on the floor of his garage as a form of meditation. Coming from a background in tattooing and music, the proud Yugambeh/Bundjalung artist found comfort in making art during a challenging time, where engaging with nature and community resulted in a profound sense of connection and understanding. Translating into his work, intuitive mark makings form fluid, dynamic forms through methods that are constantly evolving in relation to Allen’s personal observations and lived experiences. His next solo show is in November later this year.

Be soothed by the balanced, sentimental compositions of Alicia Bilyara Bennett. A descendant of the Barkindji people of the Darling River basin in far west New South Wales, Bennett comes from a family of renowned artists and has expressed herself through painting since she was a child. Drawing on deeply personal relationships and shared knowledge passed down to her by significant figures from both her maternal and paternal lines—as well as her learnings of the critically endangered Paakantyi/Barkindji language—her work fosters connection, reconciliation and renewal.

Christopher Bassi is an artist of Meriam, Yupungathi and British descent. Testing the potential of painting as a tool that can be used to locate oneself in the world, his practice explores ideas of place, family and cultural identity in Australia and the South Pacific. Through embracing a traditional representational style, Bassi re-imagines his paintings in a way that engages with the medium as a potent art historical device, allowing his work to become a space for speculative storytelling. Referencing tropical flora, cowrie shells and reflective self-portraits, Bassi encourages us to observe fragmented memories and consider the bigger picture beyond the edges of a canvas. Named a finalist in the Churchie Emerging Art Prize (2021), Christopher is represented by Yavuz Gallery.

Dylan Mooney is a proud Yuwi, Torres Strait and South Sea Islander man from Mackay in North Queensland. Working across painting, printmaking, digital illustration and drawing, his work tells stories of survival, pride and power. Influenced by archival documents and artifacts, cultural histories and his family lineage, merging digital and hand-drawn illustrations enables the artist to transmit a vibrant illustrative style in captivating compositions that have recently featured on the covers of Rolling Stone and Art Collector Magazine.