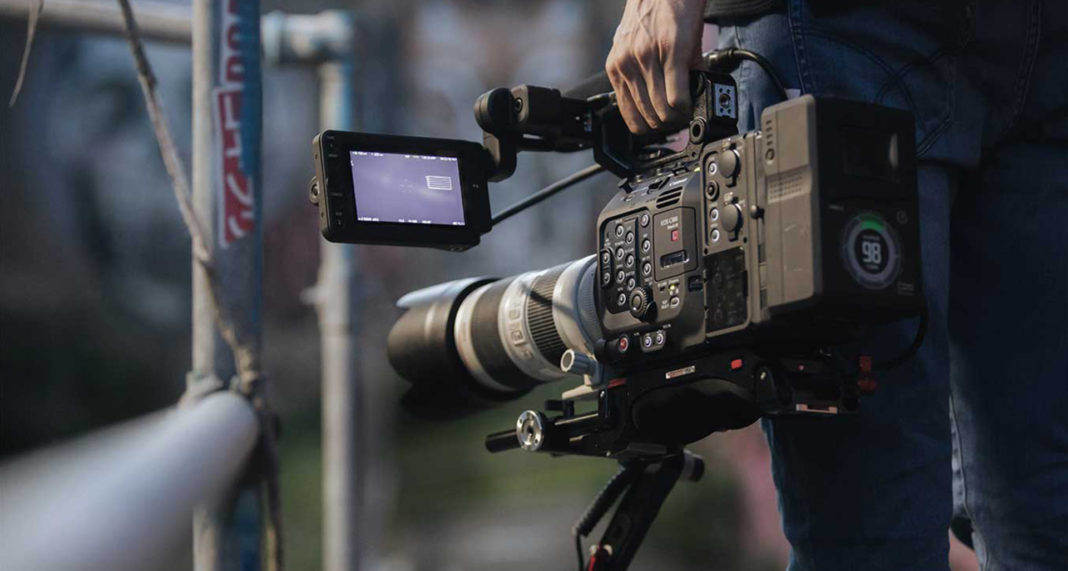 We are living in a golden age of indie filmmaking where anyone, anywhere in the world can upload a short that they shot over a weekend and it can be seen by thousands, if not millions of people.

Never before has there been this level of accessibility in art—particularly in filmmaking—where venues like theatres are nearly, sadly, being rendered obsolete. It is truly a fortunate time to be a movie enthusiast or aspiring filmmaker. Once you’ve got the story, the only real questions that remain are in regards to the tools one uses to tell that story. For some, those tools are all about preference. For most, though, the tools chosen come down to money. A studio can afford to shoot Thor 8: Tho-reckoning in front of a greenscreen on a big stack of ARRI Alexas, but you and your mates probably can’t even make rent. With that in mind, here are five of the best camera and kit options around $1000 (recommend buying used where possible) for the hard-budget independent filmmaker, as advised with much difficulty, by filmmakers who were once on a hard budget. 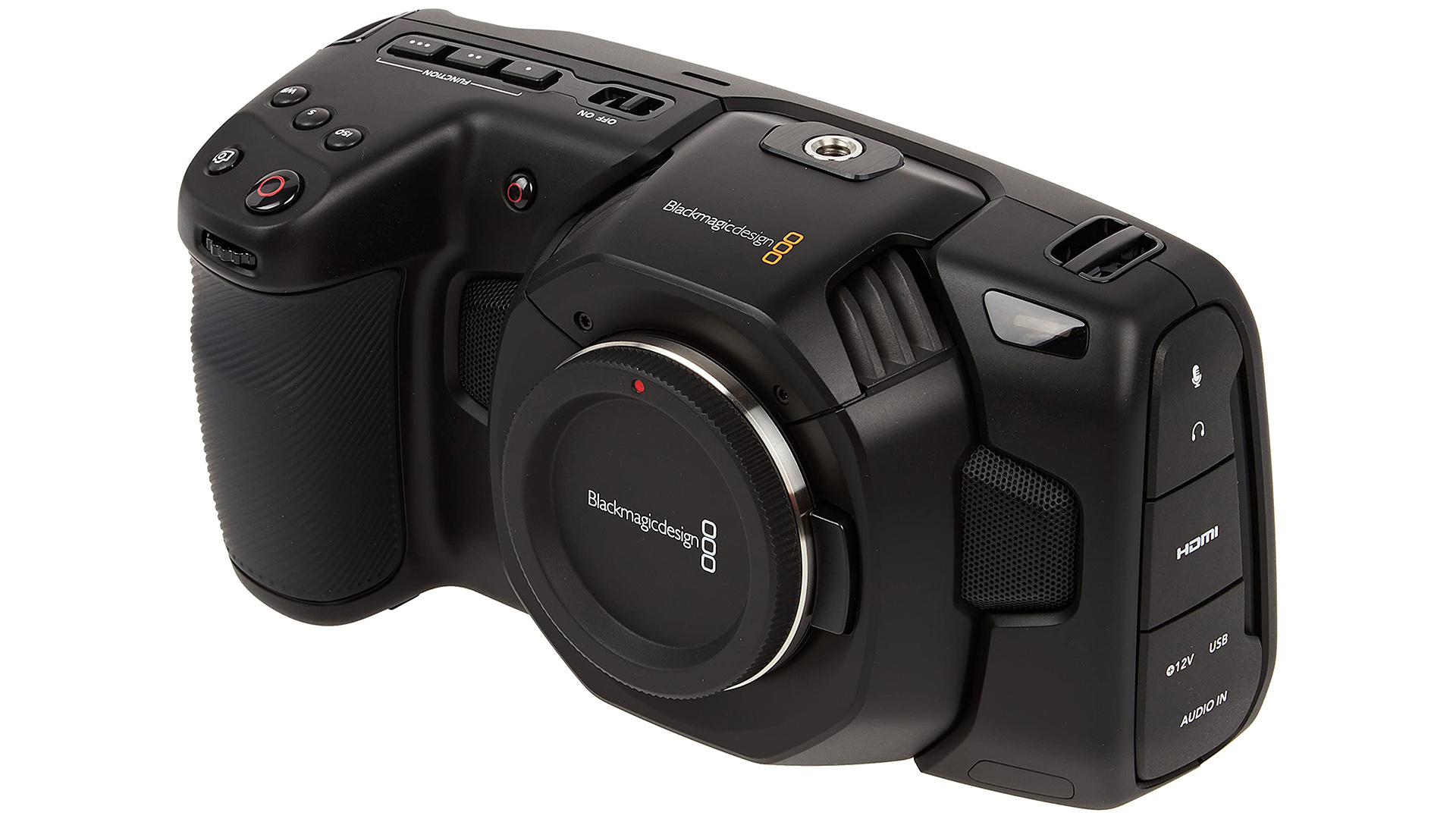 The best all-around choice on this list is the Black Magic Pocket 4K. It shoots in 4K (and everyone seems to give a shit about that now for some reason), is lightweight, compact, has decent internal storage, shoots multiple formats for workflow and ease of editing/colour grading, has a very simple and intuitive interface, and works great with adapter rigs which provides an enormous range of cheap lens options. I’m hard pressed to find a major fault with this camera, but using it, I did notice that its lightweight build makes it very easy to break. Especially when attached to something like a large antique zoom lens, the body is susceptible to bend and break unless supported with some sort of rod rig or the hands of a willing AC. Even that, though, is hardly a fault. I dropped it on its ass and it was fine. 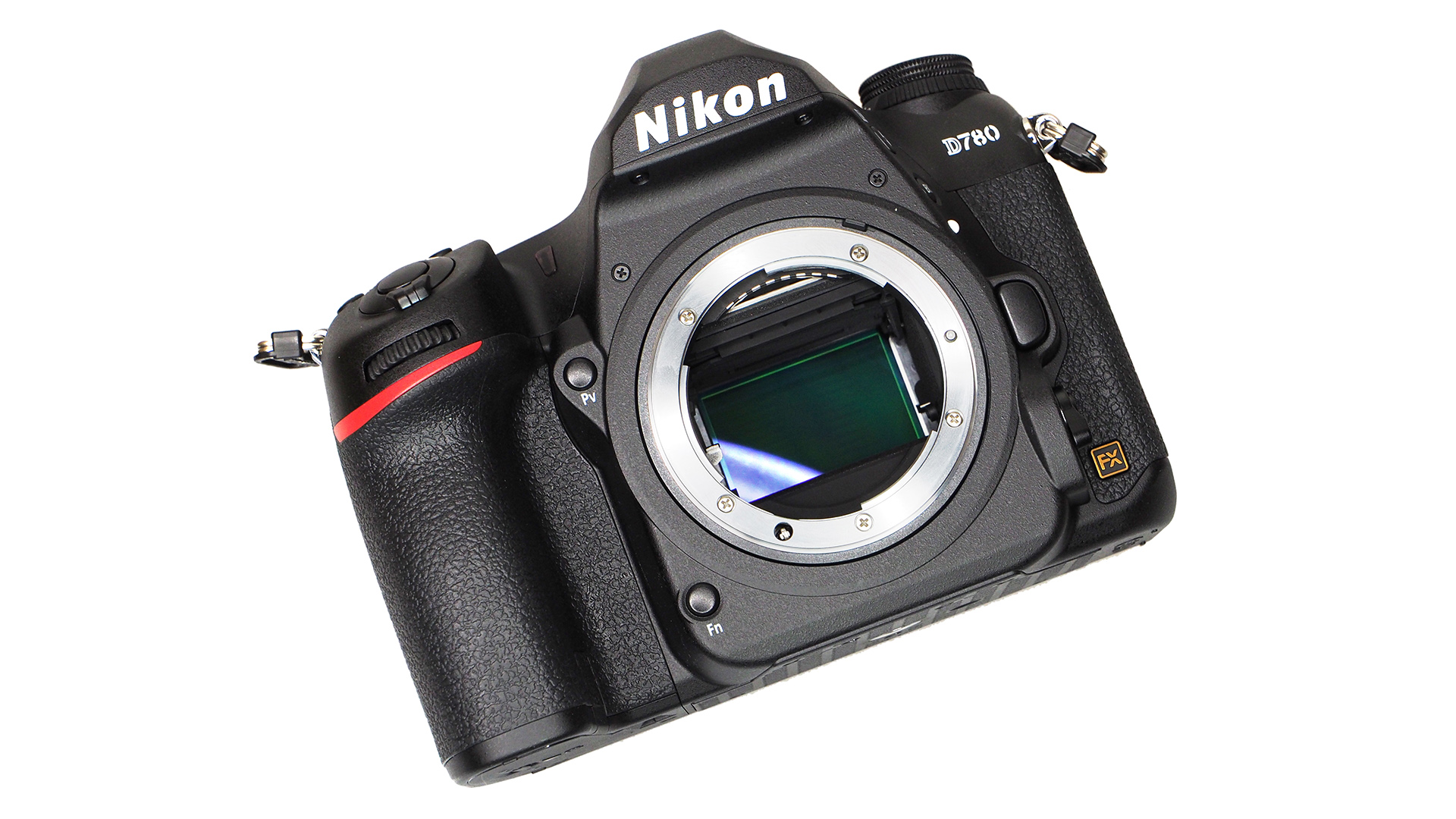 For a DSLR option, the Nikon D780 is getting a lot of praise lately. It is a full-frame camera, which shoots great 4K and 1080. The autofocus system is also getting a lot of attention, it being applied from one of Nikon’s mirrorless systems and allowing quicker, more accurate coverage, particularly for moving subjects. One complaint about this camera is that it has poor internal stabilization which also requires a crop. Another is that if you’re shooting in 4K, it can only shoot up to 30fps, which is great if you’re shooting a narrative feature, but maybe less great if you’re Ty Evans and are in love with smooth, drawn-out, slo-mo sequences. But then, it can shoot 1080 at up to 120 fps, and Ty was shooting slo-mo on a VX, so whatever. 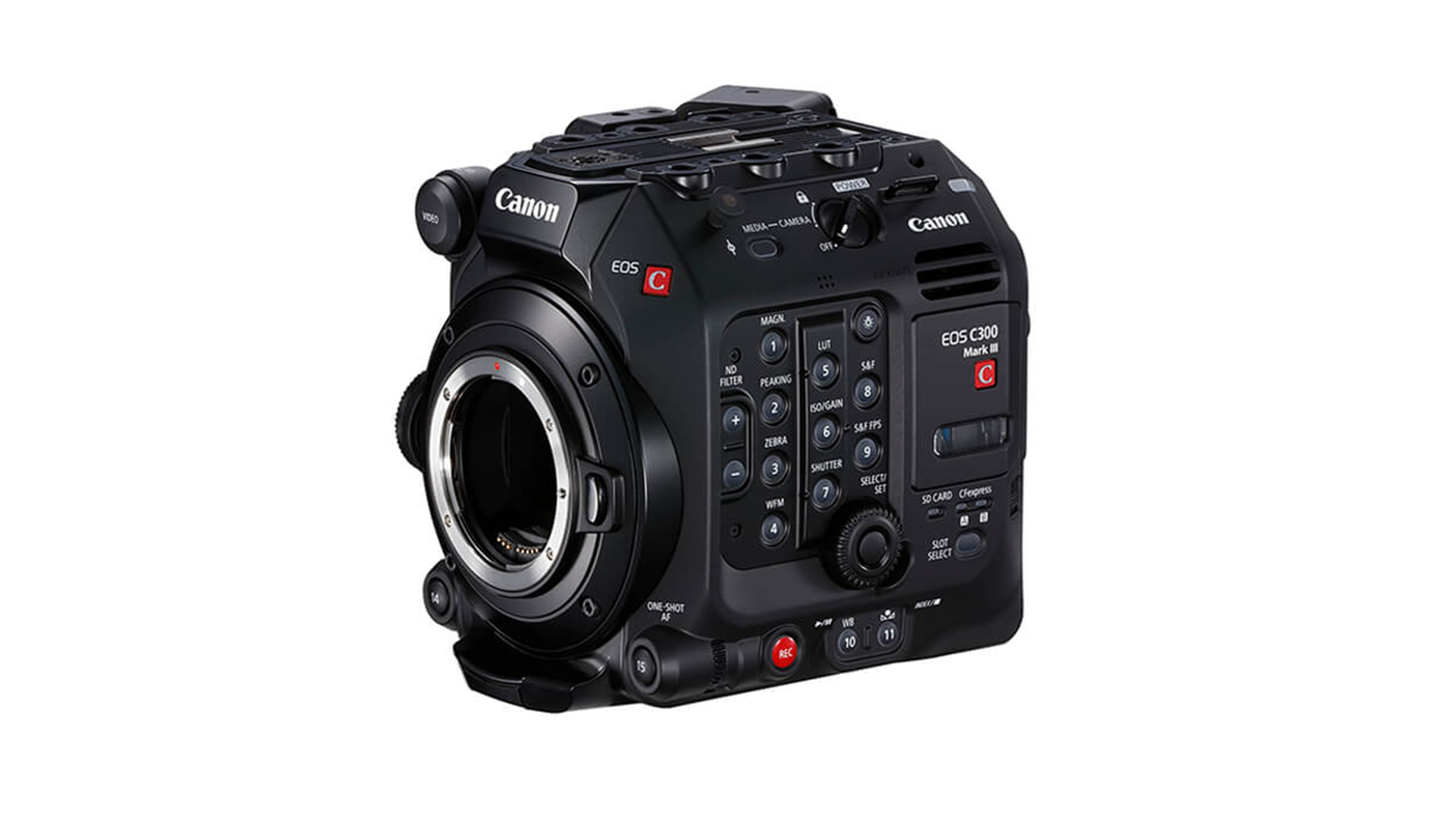 The Canon C300 is a great choice for a semi-compact workhorse of a cinema camera with a beautiful Super 35mm Dual Gain Output and an EF lens mount, which means it can take a wide array of Canon lenses, which are very cheap and common, cutting down on your budget. That being said, Canon accessories are generally pretty cheap, so that probably won’t be much of an issue. Another worthwhile feature of this camera is the long list of workflow simplification features such as the proxy recording option, which is becoming more commonplace in prosumer cinema cameras, but where those functions have been buggy in other options, the workflow of the Canon C300 is done well. A couple of faults: they aren’t built very tough—or at least, they don’t feel very tough. One filmmaker explained that they are susceptible to even the lightest taps and impacts, which makes it a bit less trustworthy when shooting handheld or in diverse settings. 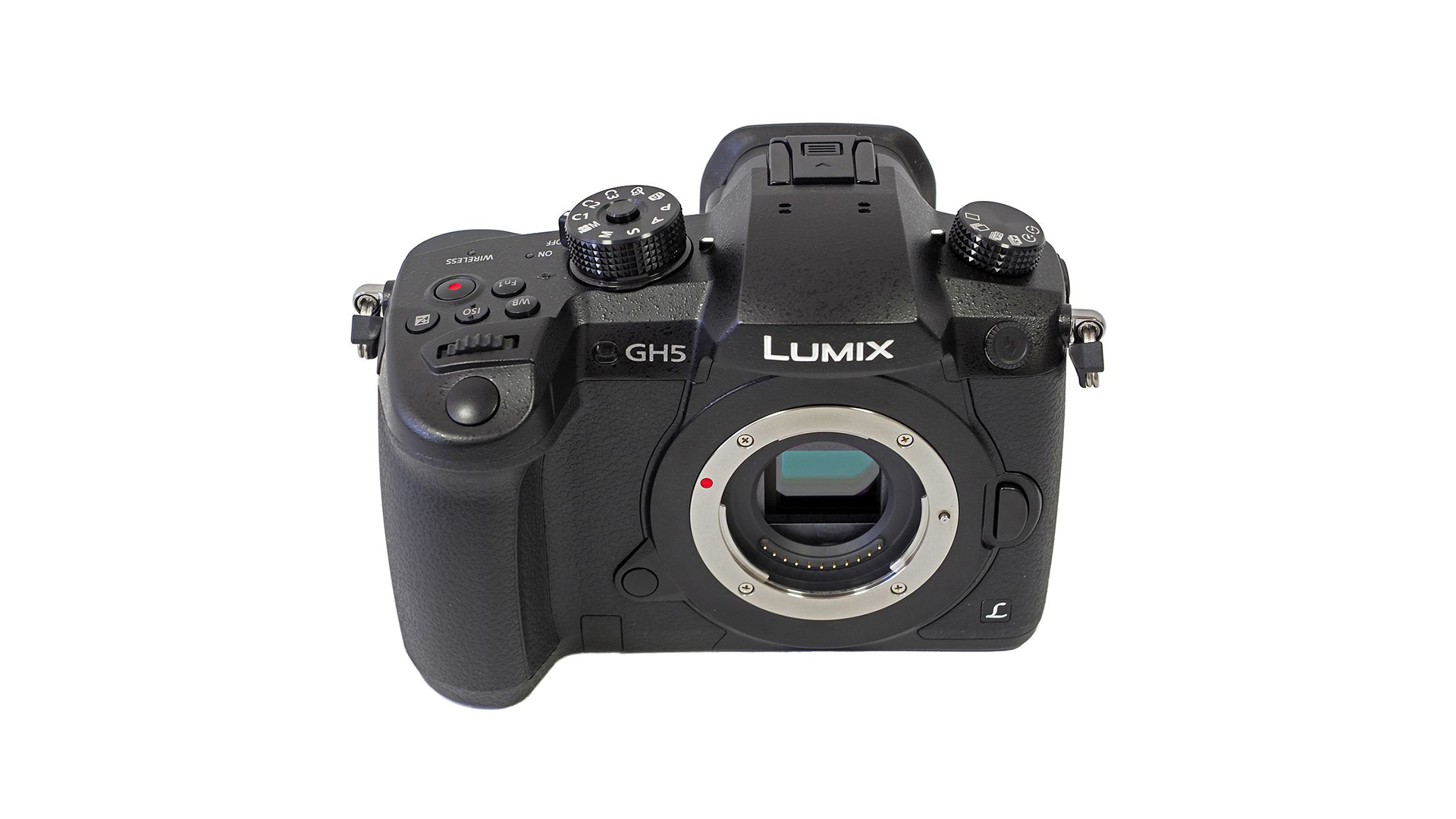 The GH5 is a great option for getting the job done cheaply, quickly, and discreetly. With the GH5, one can shoot professional-looking video in diverse workable formats without drawing attention, which is a major appeal for many documentarians, lifestyle shooters and creeps. This camera is also able to shoot 4K at a higher fps than the Nikon D780, and without cropping the image. While this camera has popular complaints about workflow issues when inputting into a viewer or editor program (as well as the battery life not being exceptionally long), when in use, those complaints are largely outweighed by the number of features and options they’ve crammed into the camera. Despite its flaws and ugliness, for the price point, it is probably the most versatile and dependable camera on this list.

Currently listed brand new at under $1000, the Blackmagic Micro Cinema is a solid, if limited option. The camera has an excellent Super 16mm sensor and supports 1080 video up to 60 fps, which ain’t too bad. The cam is able to record in Cinema DNG Raw for heavy lifting in post-production, or a more compacted codec like ProRes, and is compact enough to throw on a rig for POV or car mounted shooting. Some downsides: it doesn’t shoot 4K, it doesn’t have as many features built-in as the other options on the list, and it has a reputation among our surveyed filmmakers for being a bit of a problem child in terms of factory quality control. More than one has experienced the camera breaking down, or even arriving malfunctioning, which is no fun. If you get your hands on one that actually works, it’s a good option for straightforward, no-frills, professional shooting.