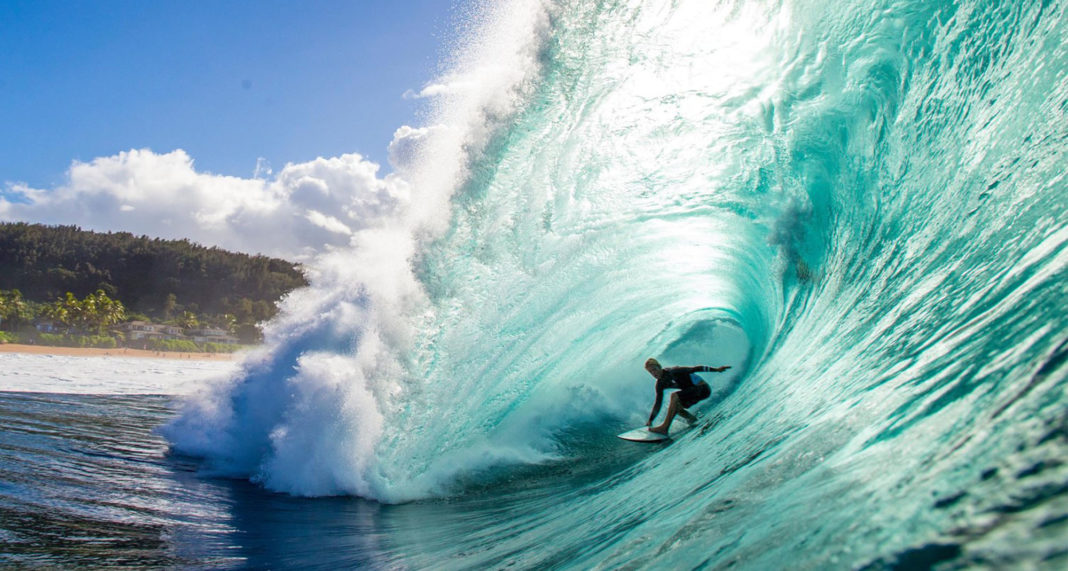 How do you make an award-winning action sports film?

Well, I’m glad you asked. Simply take a hobby and inject it with so much raw energy, that your tricks become manoeuvres. Then take said manoeuvres, mix them with art, record them on various motion picture formats, dust them with style and grace, add a captivating story and tie it together with a fun jingle. Easy right?

This year, the good souls at Vimeo brought in 21 esteemed judges to make the call on the Vimeo Staff Picks Best of the Year award recipients. Filmmakers, athletes, creators and purveys of moving images. In the Action Sports category, the jury consisted of none other than The Champ Steph Gilmore, skater and filmmaker Stefan Janoski and freeskiing and director duo Tom Wallisch and Dave Mossop.

So kick back and enjoy the shortlist. Best of the Year award recipients will be announced on January 17, and the winning films will be screened at Nitehawk Cinema in Williamsburg, Brooklyn that evening.

In June 2018, professional surfers Arthur Bourbon and Damien Castera travelled to Africa in order to make a documentary film about Liberia. They went there to witness the history of the first surfing community in this country, devastated by 15 years of civil war.

Located deep in the Saint Elias mountains where Alaska, British Columbia, and the Yukon converge, there is a place most skiers and snowboarders only dream of visiting. Brought to you by The North Face and Sherpas Cinema, Tsirku is a big-mountain adventure ski film featuring snowboarder Ralph Backstrom and skiers Hadley Hammer and Sam Anthamatten, who set out to tackle the fabled Corrugated spine lines of the Tsirku Glacier.

Dean is a teenage boy who loves breakfast, Rihanna, and finding freedom in a wave.

A big wave surf film capturing the tangible and intangible realm of human nature and technology increasingly becoming a unified field of motion. Tracking, analysing, and cognifying the swelling dimensions of the physical domain. This never-ending change is the pivotal axis of the modern world.

An audiovisual translation of the “sense of feeling things.”

A GoPro Adventure in Les 3 Vallees – Directed by Claudiu Voicu

A follow-up video to ‘A GoPro adventure in Tignes’.

The most Northern point of British Columbia is a locale all it’s own. Taller mountains, greater forests and more blank spaces on the map. There is a reason they call the North the ‘Last Frontier.’ There are chapters yet to be written and stories to be told. Follow these 4 men as they embark on a road trip into the unknown searching out untapped mountains, bottomless powder and challenging terrain in a boundless wilderness.

Kids and bikes; wherever you are in the world, they go together. The chaotic streets of Kathmandu may not seem like a typical breeding ground for world-class mountain bikers, but then again nothing is typical about Rajesh (RJ) Magar. Since learning to ride on a beat-up clunker, to becoming the four-time National Champion at age 21, RJ’s story is one of boundless childhood dreaming and unstoppable determination, forged from junkyard scraps and tested on the rugged trails of the mighty Himalaya.

Drawn to the mountains in search of the ski bum lifestyle, Oskar Enander had no intention of ever becoming a photographer. Today, Oskar’s iconic and unique perspective is highly sought after in the ski world. And yet, he shoots very little outside of winter. This film goes behind the lens in Oskar’s home town of Engelberg, Switzerland to explore a life in the mountains and the influences that shape a ski photographer.

On a cold, misty morning in late October 2017, after 11 previous attempts, Brad Gobright and Jim Reynolds broke the standing speed record on The Nose (formerly held by Alex Honnold and Hans Florine) with an unbelievable new time of two hours, 19 minutes, and 44 seconds.